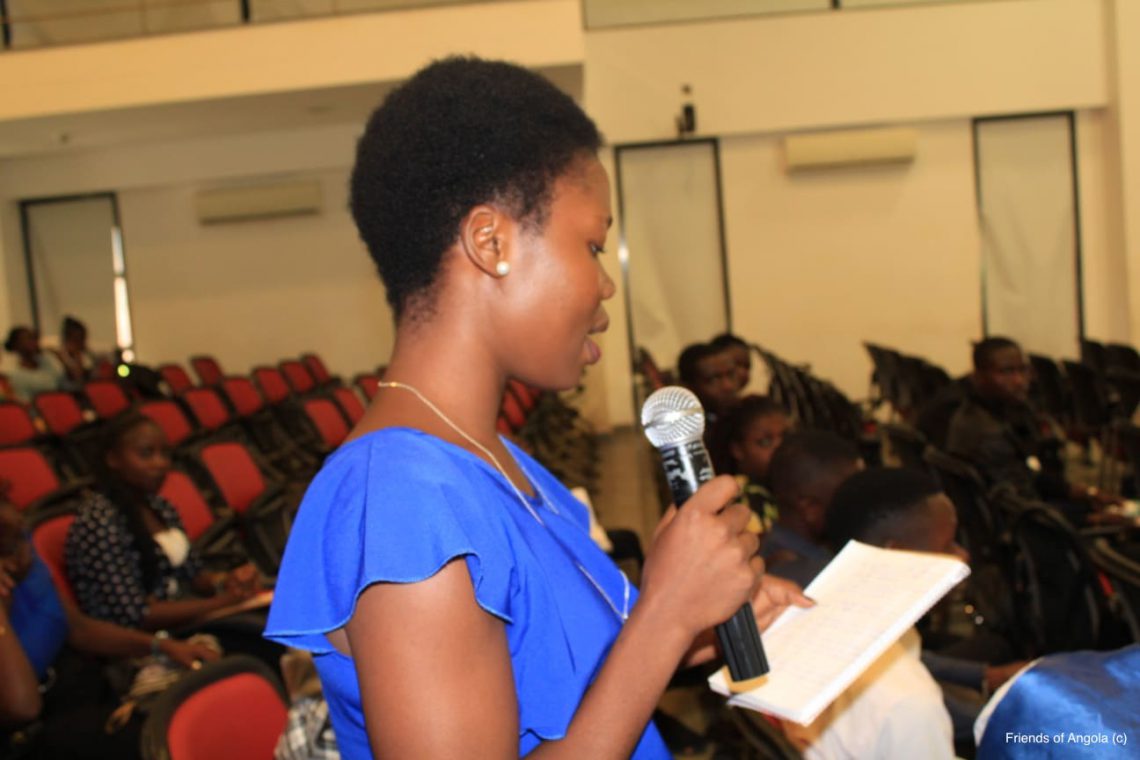 LUANDA, Angola (December 15, 2015) — On Saturday, December 19, 2015, American hip-hop artist Nicki Minaj will perform in Angola’s capital at a holiday party for Unitel, a communications company controlled by the family of dictator José Eduardo dos Santos. Human Rights Foundation (HRF) has written to Minaj, appraising her and her management about the human rights crisis in Angola, which has been ruled by dos Santos since 1979.

“Nicki Minaj is a global artist. Millions of people look up to her for creative inspiration. There is no good reason for her to do business with the corrupt Angolan dictatorship and endorse the ruler’s family company,” said HRF president Thor Halvorssen.
José Eduardo dos Santos has ruled the southwestern African country of Angola with an iron fist for more than three decades. He installed his family as owners of the country’s major businesses, and ordered the routine harassment, arrest, and execution of politicians, journalists, activists, and students who oppose the government and expose its corruption. Though not well-known on the world stage, Angola’s military regime is routinely criticized for human rights violations by HRF, the Committee to Protect Journalists, Human Rights Watch, Freedom House, Amnesty International, and Transparency International.
Dos Santos has ruled the country since before Nicki Minaj was born and yet, after 36 years in power, his ruthlessness is on full display. This month, an Angolan rapper, Luaty Beirão, and 16 other young activists are currently under arrest and on trial for the crime of studying a book on nonviolent resistance. In May of this year, dos Santos’s regime tried to censor an exposé on its blood diamond industry at the Oslo Freedom Forum by preventing an Angolan journalist from traveling to Norway. Unitel, established in 2002 as a private mobile telephone company, is majority-owned by Isabel dos Santos, daughter of Angola’s ruler. Every major investment held by the dos Santos family is the result of presidential directives or bribery. The average Angolan lives on $2 per day yet the dictator and his family have amassed more than $3.5 billion.

“Nicki Minaj has been involved with charities such as the Get Schooled Foundation, which helps inspire young people to graduate from high school and succeed in college,” said Halvorssen. “What kind of inspirational message is she sending to millions of young Angolans by performing for the dictatorship that has literally stolen their freedom and their future?”

“HRF hopes Nicki Minaj will cancel her trip and instead issue a statement of solidarity with those jailed this month for opposing the dictatorship including rapper and hip-hop artist Luaty Beirão. This would be a great way for Minaj to set herself apart from other celebrity recipients of dictator cash such as Hilary Swank, Lionel Messi, Erykah Badu, Jennifer Lopez, and Kanye West,” said Halvorssen.

Human Rights Foundation (HRF) is a nonpartisan nonprofit organization that promotes and protects human rights globally, with a focus on closed societies.

Read HRF’s letter to Nicki Minaj and her management here.