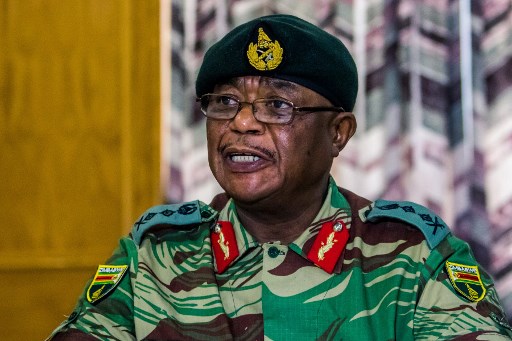 Several tanks were seen moving near the Zimbabwean capital, Harare, on Tuesday, witnesses told AFP, a day after the army warned it could intervene over a purge of ruling party officials.

The sightings came as uncertainty swirls in Harare due to President Robert Mugabe’s decision to fire his vice president last week, prompting a warning of possible military intervention from the army chief.

The reason for the military presence was not immediately clear, but the vehicles may have been on routine maneuvers.

“I saw a long convoy of military vehicles, including tanks, about an hour ago. I don’t know where they were heading,” a female fruit seller near Westgate shopping center, about 10 kilometers (six miles) from central Harare, told AFP.

A second female by-stander at the shopping center also told the AFP reporter that she had seen the convoy.

Mnangagwa had clashed repeatedly with First Lady Grace Mugabe, 52, who is widely seen as vying to replace her 93-year-old husband when he dies.

Both the ruling party’s youth wing and the main opposition party have called for civilian rule to be protected, while analysts called the crisis a potential turning point.

“No one wants to see a coup … If the army takes over that will be undesirable. It will bring democracy to a halt, and that is not healthy for a nation,” the MDC’s shadow defense minister, Gift Chimanikire, told AFP ahead of the convoy sightings.

ZANU-PF’s Youth League, which strongly supports Grace Mugabe, said in a statement that Chiwenga must not be allowed to choose Zimbabwe’s leaders.

Speculation has been rife in Harare that Mugabe could seek to remove Chiwenga, who is seen as an ally of ousted Mnangagwa.

The crisis “marks another landmark ominous moment in the ongoing race to succeed” Mugabe, political analyst Alex Magaisa said in an online article.

“(Mugabe) has previously warned the military to stay away from ZANU-PF’s succession race.

“His authority over the military has never been tested in this way. If he does nothing, it might be regarded as a sign of weakness. If he puts his foot down, it could result in open confrontation.”

Mnangagwa was widely seen as Mugabe’s most loyal lieutenant having worked alongside him for decades and his ousting sent shockwaves through the region.

He fled the country and is thought to be in South Africa but has yet to make a public appearance following his searing five-page condemnation of Grace’s ambition and Mugabe’s leadership style.

Mugabe has ruled Zimbabwe since independence from Britain in 1980.