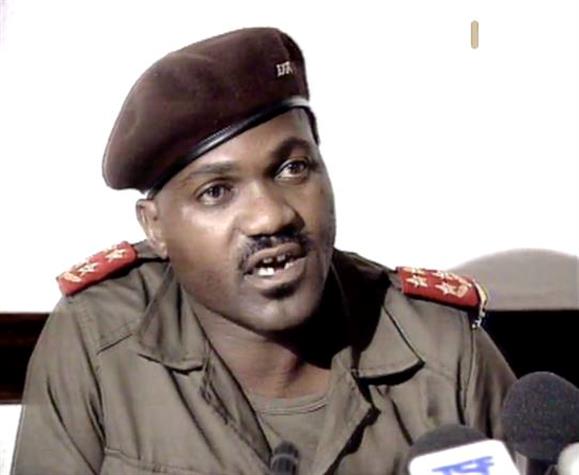 General Arlindo Chenda Pena “Ben Ben” died in 1998 in South Africa. He will be reburied in his homeland in Bié Province in central part of Angola.

The decision to repatriate his body comes after Unita leader Isaías Samakuva’s request to President João Lourenço, who contacted his counterpart Cyril Ramaphosa and was given the greenlight for the repatriation, family members said in a statement sent to newsrooms.

Related Content
Angolans in Zambia want to return home
The former military boss was on October 14, 1998 evacuated to South Africa allegedly after a malaria diagnosis. He was also diagnosed with bacterial infections. He died in a clinic in South Africa on October 19, 1998, reportedly after a kidney paralysis and pancreatic problems.

His death came at a time the Angolan government was battling the Unita rebels and South African authorities decided to embalm his body awaiting repatriation.

Before the repatriation to Luanda, Gen Pena’s body will be laid at Wakloof airport in Pretoria in the presence of Angolan government officials and Unita representatives.

Last month, Unita confirmed that the body of its rebel chief Jonas Savimbi, killed in 2002, would be exhumed before the end of the year for a “dignified” reburial.

Mr Samakuva made the announcement after meeting President Lourenco in Luanda.

The vicious, charismatic and controversial Dr Savimbi, who fought Angola’s socialist government in a 27-year civil war, was killed in a battle against the People’s Movement for the Liberation of Angola (MPLA) forces on February 22, 2002.

His death paved the way for a peace deal that would bring to an end to one of Africa’s longest and bloodiest conflicts, which erupted after independence from Portugal in 1975.

Six weeks after his death, his Unita movement signed a peace treaty with the government.

Dr Savimbi was buried the next day in the eastern Moxico Province, where he died.

Mr Samakuva had accused the government of denying Dr Savimbi a “dignified burial” in what he described as “explicit evidence of its policy of exclusion”.

He stressed “the imperative need for true national reconciliation” in the country.