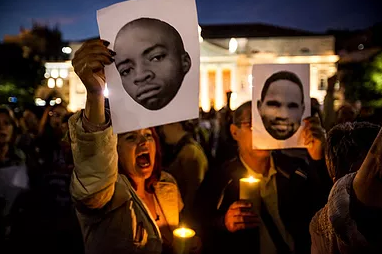 The American non governmental organization based in Washington, DC, also expressed its deep concern at the arbitrary and illegal detention, cruel and brutal aggression that the common citizen have often been victims of Angolan security forces. in the meeting it was also asked for the the Obama administration to adhere to national and international voices that have strongly and publicly condemned the repressive and deplorable actions of the Angolan government against defenseless citizens, and demand the immediate release of the 15 + 1 Angolan activists.
On the same day, the office of Senator Bob Corker of Tennessee, the ranking Republican on the Foreign Relations Committee, contacted the Friends of Angola to know its opinion on the “rapid deterioration” of the situation of human rights in Angola.