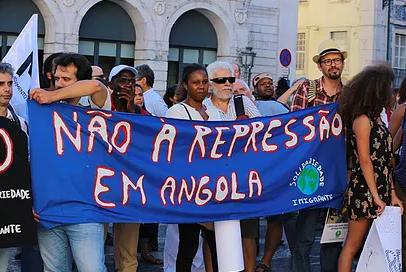 Friends of Angola deplores excess use of force by the Angolan Government against its defenseless citizens. We consider unconstitutional and moral offense the practice of solitary confinement in its various forms imposed on all accused 15+1 coup d’etat plotters and Dr. Marcos Mavungo!

It is in the best interest of the Angolan government to make efforts to strengthen political, legislative and judicial institutions to solidify peace in the country.

Friends of Angola encourages the Angolan Government to start with reaching out civic society and listen to their concerns.