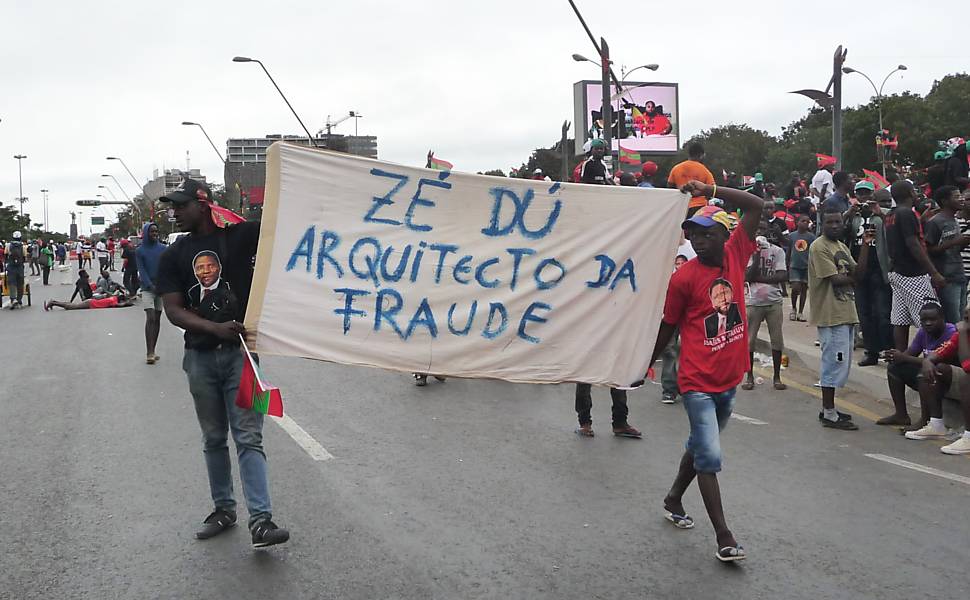 After nearly forty years in power, Jose Eduardo dos Santos no longer rules Angola. Decades of the Dos Santos Kleptocracy means that the new president will have little power to capture the reins of the economy from the former president’s family.

As expected, the Popular Movement for the Liberation of Angola (MPLA)—at the helm of the country for four decades—won the general elections last Wednesday with more than 64% of the vote. The 38 year undivided reign of Jose Eduardo dos Santos has thus come to an end. But the omnipotent ruler who decided to leave power because of illness, carefully maintained a grasp on the ballot by handpicking his party’s candidate and eventual successor to the presidential palace.

Joao Lourenco, 63, had the perfect pedigree to represent the hegemonic party born out of a Marxist-Leninist-inspired emancipation movement. He studied in the former Soviet Union, proved his worth during the struggle for independence and held important positions in the party.

Once marginalized by Dos Santos for voicing his ambition when the guerillero turned president mentioned withdrawing at the end of the civil war in 2002, Lourenco came back to rise within the MPLA apparatus to become the informal heir as Minister of Defense since 2014.

If the military and political savvy of Lourenco has been consistently proven, the main fight he will now need to wage is on the economic battlefield.

The country has been built on oil revenues and, to a lesser extent, on diamonds. Yet, despite being the largest oil-producing country in sub-Saharan Africa with Nigeria, the country faces serious economic hardship. Under Dos Santos, Angola has wasted to corruption the seeds of its economic growth.

The country is unable to adapt to the decline in oil prices, which accounts for 50 percent of the country’s budgetary revenues and 95 percent of its exports. Inflation increased fivefold while the budget deficit reached 6 percent of the GDP in an economy spinning into recession.

Jose Eduardo dos Santos is accused of having aggravated the situation by entrusting his family with entire sectors of the economy. His daughter—considered the richest woman in Africa—was named CEO of the national oil company, Sonangol, last year.

With oil prices at their peak, Angola’s wealth was higher than the combined GDP of Ethiopia, Kenya and Rwanda. A year later, because of the incapacity of the government to diversify its resource-cursed economy, the country plummeted into recession.

As a result, inequalities has worsened over the last decade. According to a report from the United Nations Development Program, nearly a quarter of the population is unemployed and 36 percent live below the poverty line.

The wealth of the fifth largest economic power in Africa only benefits the very few. Ironically, for such an important energy actor, less than 40 percent of the population has access to electricity while more than half are without drinkable water.

To jumpstart the economy, Lourenco would need to invest in productive sectors but he has no margins of maneuver as Angola is the perfect example of a rentier state paralyzed by nepotism. The number of civil servants has doubled in ten years, usually as a ruse to maintain political stability. Also, to ensure the security of the regime, military spending reached 6 billion dollars a year – more than Nigeria and South Africa combined.

This amount of military spending is staggering when one takes into account that Angola never played an active role in African affairs or regional conflict resolution. In fact, Dos Santos was known for his regular shunning of African heads of states’ gatherings, in particular African Union summits.

As a result the country is fairly isolated on the regional map and no strong bilateral or multilateral trade agreements have been signed that would facilitate access to foreign markets for Angolan companies struggling in the domestic economy.

Because of its fairly unique Portuguese colonial past, Angola turned its back to pan-Africanism movements and has shown no interest towards the construction of regional markets.

Instead, dos Santos opted to develop bilateral relations with Brazil and China, welcoming their companies and opening the country’s wallet for the construction of white elephants such as obsolete eight-lane highways or some of the highest skyscrapers on the continent.

The task will therefore be extremely difficult for Lourenco. To reform the economy, he would have to dismantle large monopolies and state owned companies currently within the hands of members of the Dos Santos clan. His margins are very slim as he is under surveillance.

If Dos Santos left the presidency – the 74 year old historical leader still made sure to retake the reins of the MPLA party until at least 2022. This ensures him a position of influence in Congress to prevent any parliamentary reform that would reshuffle the balance of power in the Angolan economy.

Similarly, right before the election, dos Santos ensured his grip on the country by passing laws that freeze all the military hierarchy in the army and the police — and guaranteed himself complete judicial immunity. Hence, even if the name has now changed on the Presidential desk, and the state controlled media boasted a supposed democratic transition, not much will be different in Angola – much to the despair of everyday citizens.