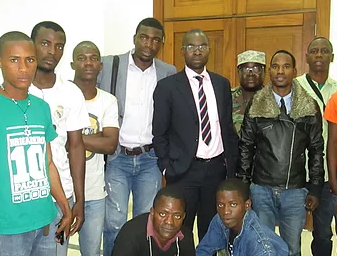 Dear Sir or Madam:
Friends of Angola hereby condone the use of excessive force and brutality by Angolan government against 15 restrained helpless and defenseless human rights activists.

We strongly call upon the Angolan government and authorities to act with great sensitivity, restraint and a constant effort to dialogue and calming the atmosphere in the country.

We hereby call upon the office of the United Nations high Commissioner for Human Rights and UN Security Council to review and investigate arbitrary arrests and detention, violence, torture and ill treatment of Angola human defenders aimed at spreading terror among them.

We believe that it is in the best interest of the Angolan government to make good its commitments in the interest of peace and progress in the human rights field, including efforts to strengthen the rule of laws, political institutions, anticorruption policies, social assistance.