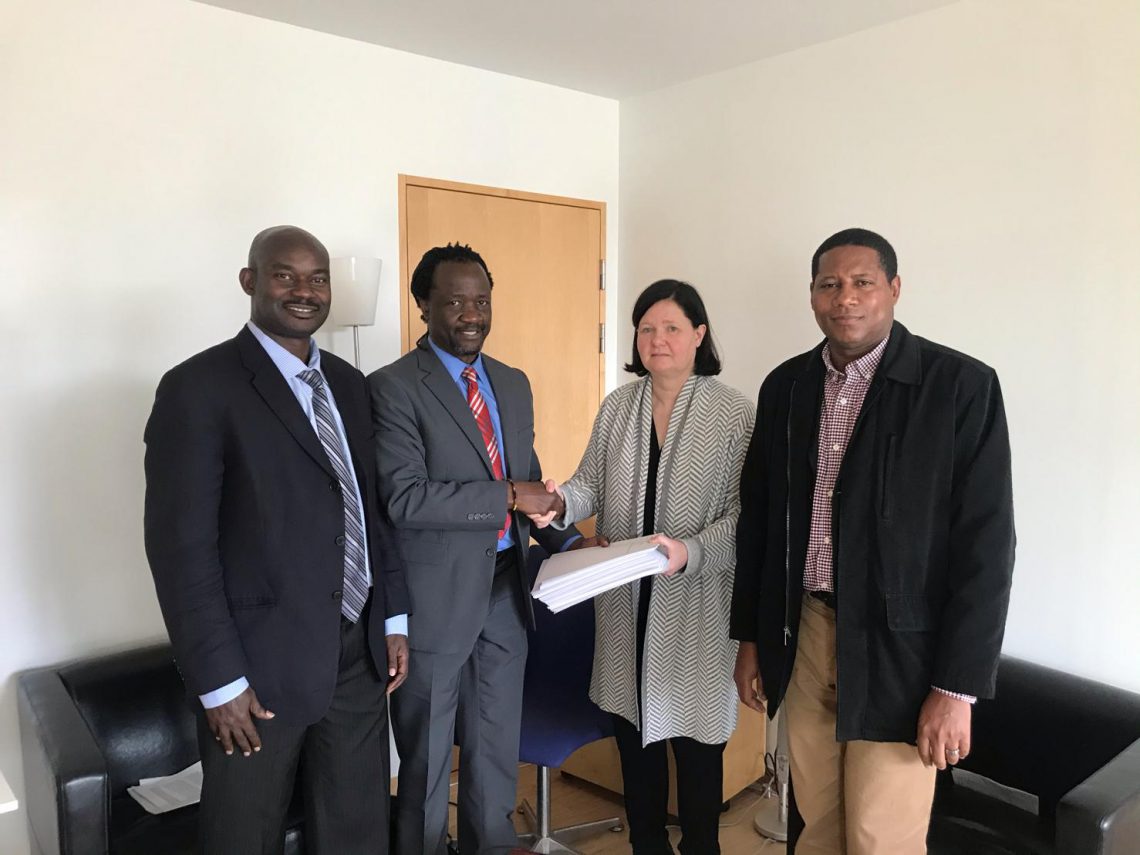 On December 6, 2019, a group of activists and Africa diaspora from Namibia (Jephta U. Nguherimo and Joel Nguherimo), Burundi (John Manirakiza) and Angola (Florindo Chivucute) handed over the petition and letters to the Icelandic Ambassador, Bergdís Ellertsdótti and the Ambassador of the Republic of Namibia, Monica Nashandi, regarding the recent bribery corruption scandal allegations over fishing rights between Iceland’s biggest fishing company, Namibia, and Angola.

During the meeting, the African diaspora and activists reminded the Icelandic Ambassador of the devastating consequences of corruption such as the billions of dollars stolen from Namibia and Angola by corrupt politicians and companies like Samherji and Norway’s largest bank, DNB. Ambassador Bergdís Ellertsdótti guaranteed that the government of Iceland was conducting investigations to hold everyone involved in this case accountable. 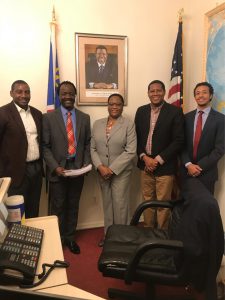 According to the Guardian, “the so-called Fishrot Files suggested that Samherji had channeled about £54m to the tax haven in this way between 2011 and 2018, with some of the money reportedly passing through Norway’s largest bank, DNB, in which the Norwegian state holds a 34% stake.”

The Guardian also stated that, “three thousand company documents released by WikiLeaks and investigations by the Icelandic magazine Stundin and the TV show Kveikur showed how Samherji had allegedly paid more than 1bn Icelandic króna (£6.2m) since 2012 to ensure access to the fishing quotas, transferring the proceeds from the catches, mainly of horse-mackerel, via a web of offshore firms to a shell company in the Marshall Islands.”

The activists also requested both the Namibian and Icelandic Ambassador’s help in returning the funds stolen from Namibia to help communities in need, in particular those who work in fishing industries who have been directly affected by this bribery scandal. 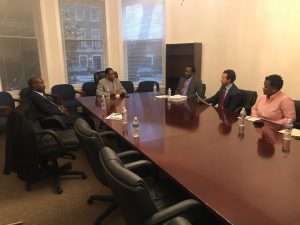 Furthermore, the African advocates cautioned against impugning corruption and bribery to the African people and requested a formal apology from the Finance Minister of Iceland towards the Namibian people whose reputation has been sullied by the unfounded assertions.

Samherji and together with the Namibian and Angolan political officials are also implicated in the fishing bribery in Angola. The Angolan government has not charged anyone on cash-for-quotas probe even in the face of the abundance of bribery evidence from Fishrot Files – WikiLeaks. The executive director of Friends of Angola, Florindo Chivucute fears Angolan officials are escaping scrutiny in Samherji cash-for-quotas probe and he hopes that the Angolan government will follow the example of Namibia and Iceland and let the rule of law prevail.