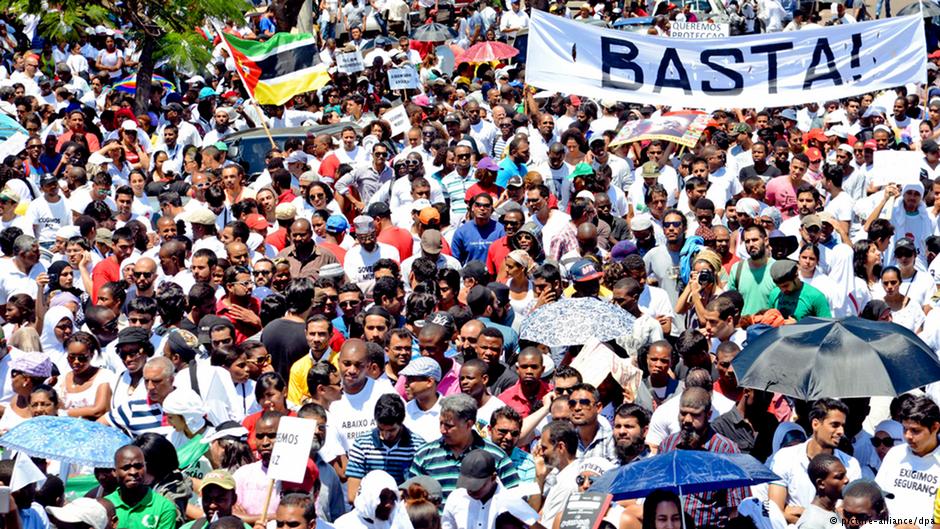 The decree states that new fees will take effect on August 23, 2018. It comes as the Mozambican government looks to sign natural gas contracts with multinational corporations, and hold municipal elections in October 2018 and general elections in 2019, according to the Mozambican state news agency (AIM) and Agence France-Presse.

“Not only do these fee increases by the Mozambican government make it practically impossible for independent press to continue working, they also lay bare a flagrant attempt to undermine transparency ahead of elections and as the country brokers natural resource deals,” Angela Quintal, CPJ’s Africa program coordinator, said from Johannesburg, South Africa. “The Mozambican government should reverse the decree mandating such outrageous fee increases for media.”

The decree includes a chart of fees for various types of media outlets and journalists, including for registration, licensing, and license renewal. Accreditation for foreign correspondents living in Mozambique will cost 500,000 metical (US$8,630), according to the decree. Tom Bowker, editor with the privately owned Zitamar News, told CPJ that the previous administrative fee for foreign correspondents’ accreditation was “insignificant” and came out to around US$5.

Charas emphasized that the fees imposed by the July 23 decree were “crippling” and that Mozambicans would not be able to pay them.

Tomás Vieira Mário, president of Mozambique’s press regulator, the Conselho Superior da Comunicação Social, told CPJ that he believes the fees imposed are “illegal” because they violate the right to freedom of expression enshrined in Mozambique’s constitution. The government should move to nullify and renegotiate the decree, he said.

Mário also said the regulator, which is made of 11 members–six appointed by the presidency and parliament, and five appointed by the journalists’ union and media companies–first learned about the decree when it was published as law in the government bulletin, and should have been consulted beforehand. An initial conversation between journalists and the head of Gabinete de Informação took place on August 10, and a second meeting is scheduled for August 21, Fernando Lima, chairman of the privately owned, independent media cooperative MediaCoop, told CPJ.

Cecilia Napido, a public employee with Gabinete de Informação, told CPJ over WhatsApp messages in Portuguese that the government did consider press freedom when forming the decree and the new fees were introduced to “make the industry sustainable.”

Yesterday, influential members of the Mozambican media community–including CEPL (Emergency Committee for the Protection of Liberties), MISA-Mozambique (Mozambican chapter of the Media Institute of Southern Africa), AEJ (Association of Journalistic Companies), FORCOM (National Forum of Community Radios), CIP (Center for Public Integrity), and OAM (Mozambican Bar Association)–sent a petition to the national ombudsman, Isaac Chande. The petition requested support to have Mozambique’s constitutional council review the decree’s constitutionality and legality, according to a press release from the groups.

Repeated calls to Jaime Basílio Monteiro, Mozambican minister of the interior, went unanswered. Mozambican Prime Minister Carlos Agostinho do Rosário hung up when a CPJ representative called and identified himself. WhatsApp messages to Rosário asking to speak about Mozambican journalists’ concerns about the fees were marked as read but went unanswered.

EDITOR’S NOTE: The text has been modified in the eighth paragraph to correct the fact that Fernando Lima was not physically at the August 10 meeting.