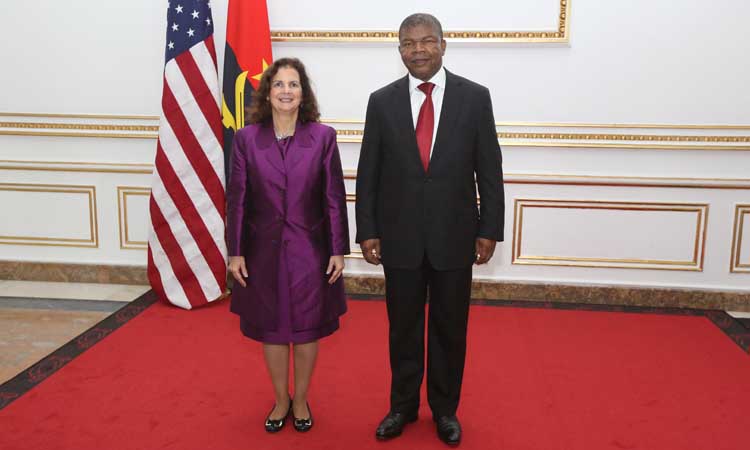 By U.S.Embassy in Angola

On March 19, 2019, the Republic of Angola and the United States of America held the second Bilateral Dialogue on Human Rights at the Ministry of Justice and Human Rights in Luanda.

Angola was represented by a delegation headed by the Minister of Justice and Human Rights, Francisco Queiroz, and which included the Secretaries of State for Justice, Orlando Fernandes, and Human Rights and Citizenship, Ana Januário, and the Directors of Human Rights, International Exchanges, Institutional Communication and Press, and the Legal Office. The United States was represented by Deputy Assistant Secretary of State for the Bureau of Democracy, Human Rights, and Labor, Scott Busby, U.S. Ambassador to Angola, Nina Maria Fite, the Director of the Office for Southern African Affairs, Stefanie Amadeo, and other members of the embassy in Luanda.

This meeting is part of the US-Angola Strategic Partnership Dialogue, which took place on Monday, March 18, in Luanda, led by the Minister of Foreign Affairs, Manuel Augusto, and the Deputy Secretary of State, John J. Sullivan.

During the human rights dialogue, the two countries agreed to pursue strengthened bilateral cooperation in support of the following objectives:

The meeting also provided a round table discussion with civil society, during which the participants had the opportunity to express their human rights concerns as well as propose solutions to resolve them, with the involvement of the Angolan Government and the support of the U.S. Government. Both delegations noted the need for more participatory dialogue between civil society and executive bodies in order to reinforce the actions that have been taken in this direction.

Deputy Assistant Secretary Busby welcomed the notable steps taken by President João Lourenço’s government to promote democratic processes and respect for human rights, including the creation of the National Human Rights Strategy. He noted the positive steps the government has taken to combat corruption, encourage freedom of expression, prohibit discrimination based on sexual orientation, and decriminalize consensual same-sex conduct. As a member of the African Union’s Peace and Security Council, Busby said if Angola continues to demonstrate positive momentum in these areas, it could have lasting impacts not only in Angola, but in the region, as well.

According to Minister Queiroz, the beginning of the new political cycle, inaugurated by President João Lourenco in 2017, brought guarantees that human rights would demand greater attention. Though challenges remain, the Minister noted that human rights are a matter of national security, with oversight provided by civil society organizations across the country.

The two delegations reaffirmed their commitment to support the development of democratic institutions and respect for human rights and fundamental freedoms, and agreed to continue dialogue in the future.