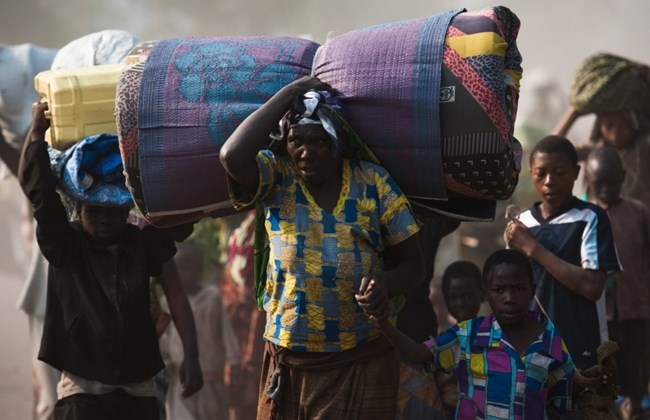 A UN report published on Friday detailed massacres and other abuses committed by all sides in the Democratic Republic of Congo (DRC) conflict, with the UN warning of a further descent into ethnic violence.

A UN team of experts met in June with almost 100 victims of the conflict in the Democratic Republic of Congo’s Kasai region, which has seen massacres of civilians and abuses by militias as well as by the Congolese army.

As violence continues to ravage several of Kasai’s provinces, refugees flee daily to neighbouring Angola. Often barefoot, hungry and sick, more than 30,000 of them have been temporarily housed in the remote province of Lunda Norte by an overburdened Angolan government in partnership with the UN High Commissioner for Refugees and other NGOs.

Instead of personal possessions, these refugees bring with them chilling testimonies as well as physical and psychological injuries. A special mission from the Office of the UN High Commissioner for Human Rights (OHCHR) visited Lunda Norte’s two registration centres and hospitals to meet with 96 of those who fled. In a UN report published on Friday, the experts published testimony of massacres and other abuses committed by all parties to the conflict.

“Given the difficulty of accessing Kasai and the seriousness of the alleged violations of human rights there, we went to meet with the refugees as a matter of urgency,” Scott Campbell, director of the UN Joint Human Rights Office in the DRC and mission coordinator, told FRANCE 24.

OUTFLOW OF REFUGEES FROM KASAI TO ANGOLA

Since September 2016, three Kasai provinces have been shattered by the Kamwina Nsapu militia’s rebellion against the government in Kinshasa. According to the Congolese Catholic Church, which relies on figures provided by its parishes, the conflict has caused at least 3,383 deaths since October.

The OHCHR report, which focused on the Kamonia region south of Kasai, found that the conflict had devolved since March from being a fight against the government into what now appears to be ethnic violence. The Kamwina Nsapu militia – mostly made up of the Luba and Lulua ethnic groups – target police, the military and civil servants as well as men, women and children accused of “witchcraft”. Meanwhile, the Chokwe, Tetela and Pende peoples have formed a counter militia called Bana Mura, backed by the Congolese security forces (FARDC).

The UN mission in the DRC has so far identified at least 80 mass graves in Kasai while its human rights office has warned that the alleged atrocities could amount to crimes under international law.

“Survivors have spoken of hearing the screams of people being burned alive, of seeing loved ones chased and cut down, of themselves fleeing in terror. Such bloodletting is all the more horrifying because we found indications that people are increasingly being targeted because of their ethnic group,” said the UN high commissioner for human rights, Zeid Ra’ad Al Hussein, in a statement upon release of the report. “Their accounts should serve as a grave warning to the Government of the DRC to act now to prevent such violence from tipping into wider ethnic cleansing.”

“It is unclear whether the Congolese army, which is carrying out a brutal repression against Kamwina Nsapu, has created the Bana Mura,” Campbell said. “But it is certain that they are working very closely with them.”

The UN report found that the Kamwina Nsapu have forced both boys and girls – many between the ages of 7 and 13 – to serve as fighters.

It said that the April 5 deployment of additional FARDC units from Kinshasa to Kamako had marked the beginning of major operations against the Kamwina Nsapu militia, as well as a violent crackdown on members of the population who were thought to have supported the group’s occupation of Kamako.

According to the UN team, 150 people were killed by the Bana Mura in Kamonia villages between March and June, 79 were killed by the Kamwina Nsapu and 22 by the Congolese army. The report documented cases of mutilation and reports of victims being burned alive or decapitated.

The actual number of murders is probably much higher than the official figures, as only cases corroborated by more than one source were documented.

Campbell said it remains unclear how many of the victims were civilians and how many were members of the different militias, adding that the line between the two is often very thin. There were 62 children listed as killed in the violence (30 of whom were less than 8 years old), but many were likely being used as Kamwina Nsapu fighters. Overall the victims are “mainly” civilians, Campbell said.

The UN announced in June that it planned to send a team of experts to DR Congo to investigate the violence in Kasai. The Congolese authorities have agreed to the mission, which is expected to be deployed in September.

Campbell said he expects that what the UN team will find will be even more alarming tales of the human rights violations taking place across Kasai.