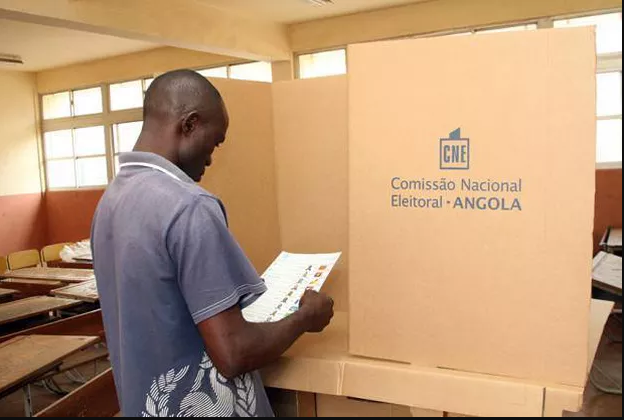 With Jose Eduardo dos Santos stepping down after 38 years in power, there is little expectation in Angola of fair and free elections later this month. The ruling party headed by dos Santos has taken several steps to ensure its grip on power, stacking the deck against opposition parties and creating an election environment with little oversight or transparency. In an email interview, Dr. Sylvia Croese, a research fellow at the African Centre for Cities and the Department of Sociology at the University of Cape Town, describes the landscape in the runup to the elections, the pessimistic mood of civil society, and the factors that could compromise the outcome.

WPR: What are the reasons for the EU opting not to send an observer mission, how are preparations for the elections going generally, and to what extent has the selection of the territorial administration minister as the ruling party’s vice presidential candidate undermined confidence in the vote?

Sylvia Croese: Electoral observer missions depend on the invitation of the host country. Angola’s official invitation to the European Union was reportedly only sent out in late June. According to the Portuguese Member of the European Parliament (MEP) Ana Gomes, this did not give the EU sufficient time to prepare a mission for the approximately 200-delegates needed. Additionally, it has been reported that the Angolan government was not prepared to give delegates of the mission full and independent access. Instead, the EU will be sending a specialist mission consisting of four members, as it did during the 2012 elections.

Angolan civil society remains pessimistic about the fairness and transparency of the election preparations. The appointment of Bornito de Sousa—the government’s territorial administration minister who overseas the electoral process—as the ruling party’s vice presidential candidate has been controversial. During a protest in Luanda in February, de Sousa was accused of being both player and referee in the elections. De Sousa also suffered a stroke on Aug. 3 at a campaign rally in Kwanza Norte, and is currently being treated in Spain. His medical evacuation has inevitably raised questions about the discrepancy between the ruling party’s campaign promises regarding Angolans’ health and well being, and the consistent choice of Angolan politicians to be treated abroad for medical issues.

WPR: What is the makeup and relative strength of the Angolan opposition, and does the ruling party benefit from inherent advantages that could skew the playing field?

Croese: The main party of opposition is the National Union for the Total Independence of Angola, or UNITA, which was the war-time rival of the ruling People’s Movement for the Liberation of Angola, or MPLA. It is trailed by the Broad Convergence for the Salvation of Angola-Electoral Coalition, or CASA-CE. The remaining opposition is fractured into smaller parties that hold little political clout. There is significant concern in Angolan civil society about the ability of opposition parties to make their voices heard. For instance, all parties are entitled to receive about $1 million from the state for campaign purposes, but the opposition only received them in July with the elections slated for Aug. 23. This gives an advantage to the ruling party, which has been able to get a head start by making ample use of state resources to campaign. Moreover, while all parties are entitled to the same amount of free airtime on public media for campaign purposes, independent studies have indicated that the ruling party receives much more coverage on both public and private media.

Opposition parties, especially UNITA, have repeatedly denounced and protested the National Election Commission’s (CNE) absence of transparency and accountability. This includes the lack of transparency in the selection of companies and services in the preparation of the elections, as well as the lack of independent audits. Activists have also pointed to the CNE’s bias for the MPLA, which has ruled the country since independence from Portugal in 1975. For instance, billboards aimed at stimulating voter turnout include images of ballot papers with a box ticked for the ruling party.

WPR: How has speculation surrounding President Jose Eduardo dos Santos’s health shaped public debate ahead of the campaign, and have the various parties made clear what direction they’d like to take the country in during the post-dos Santos era?

Croese: While President Jose Eduardo dos Santos’ health problems are publically known, there is no actual public debate about his health or a future without him. Dos Santos is still very much present in the background, even though he has only made one public appearance so far during the campaign, at the inauguration of the first turbine of the new Lauca dam in the province of Malange during the first week of August.

In general terms, the ruling party’s electoral program stresses continuity, while the manifestos of UNITA and CASA-CE focus on change. Nonetheless, the proposed policies of all the parties are quite similar and marked by a language of inclusivity, poverty-reduction and modernization. However, how the different parties propose to go about achieving these policies is not often specified. Any direction will be highly circumscribed by the country’s limited fiscal autonomy as a result of low oil prices and the country’s continued dependence on oil production revenue.