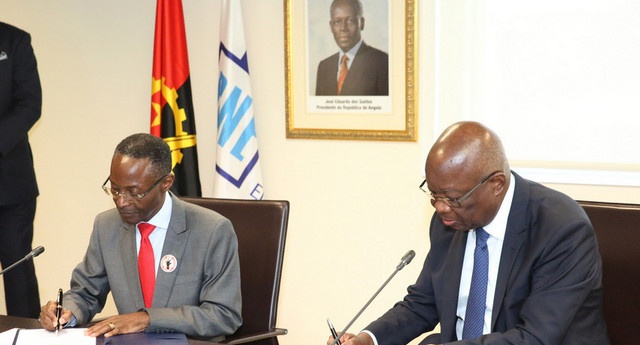 The Law governing the organization of general elections scheduled for August 23, Law No. 36/11, was approved by consensus, not by majority, in December 2011, due to a popular demonstration organized by UNITA in November 2011 This law imposes adequate control mechanisms and procedures, which, once implemented, allow a democratic election to take place.

Throughout the process of organizing the 2017 elections, however, the National Electoral Commission (CNE) has done everything to deviate from the law, either by openly violating it or by preventing or blocking its effective application.

First, the CNE abandoned its independence and came to function as a mere instrumentality of the Party-state. Since ten of the 17 commissioners were appointed by the MPLA, they all became subservient to the MPLA strategy and decided to ignore the supremacy of the Constitution and the Law and act in opposition to the Law. They direct all specialized committees of work, prepare all decision-making documents and eliminated elements of control over the democratic functioning of the decision-making body, such as expired statements of votes, descriptive minutes of members’ positions in plenary meetings, public statements on the contents of meetings and timely distribution of the documents to be discussed . Angolans do not trust the integrity and functional independence of the CNE due to the conduct of the majority of its members, which dominates it.

This Memorandum aims to document the risks that still threaten the integrity and smoothness of electoral results in light of the latest evidence of violation of the Law and lack of exemption from the CNE in conducting the electoral process in recent weeks.

As an organizer of the electoral process and supervisor of electoral registration, the CNE should define the information technologies to be used, supervise the activity of the registration entity, the Ministry of Territory Administration (MAT) and audit the source programs and registry databases before Electoral rolls (Law No. 36/11, article 144, N° 1, lines bb and cc). However, the CNE did not define the scope, architecture or content of the supervision reports to be drawn up by MAT; did not participate the illegal acts practiced in the scope of the electoral registration to the public prosecutor of which MAT became aware, such as violation of the duty to register or exclude citizens and discrimination, under the terms provided for in article 45 of Law No. 8 / 15 and section g) of article 38 of Presidential Decree No. 229/15, which regulates the Law of Unofficial Electoral Registration; And failed to carry out the statutory audit in due time, this is until April, before receiving the final version of the database prepared by MAT. When it did, in July 2017, it limited its scope so as not to affect the content of the electoral rolls, which were already prepared and boxed for voting. The result is that, starting in August, the process of disseminating lists of voters has started ONLY in all provinces, errors occur in the allocation of voters to polling stations near their homes, so that, if they are not corrected, thousands of voters may be left without voting on the 23rd, as it happened in the 2012 elections organized by the same CNE. There are also thousands of voter cards issued that have not yet been delivered to their holders.

This process is regulated by article 94 of Law 36/11, which establishes that the designation belongs to competing political parties and accreditation is incumbent on the CNE. The CNE reversed the roles and sought to redefine how nominations were to be made to its delegates on 17th July with 6 days remaining to the 15 days deadline for competing parties to inform the CNE of the identity of their delegates. At the same time, the CNE also intended to introduce ten additional elements of identification that are not provided for by law, which would make it impossible for the applicants to comply with the established legal deadline, since the applicants would be obliged to obtain photographs at the last minute of more than 50,000 people, take photocopies of more than 100,000 documents and collect the signature of more than 50,000 people, all in five days. It was clear that the aim was to prevent or hinder the accreditation of list delegates.

After several meetings and a lot of pressure, the CNE had to review its position. The identification elements of the list delegates are those established by law and the deadlines have been extended to allow the applications themselves to register and accredit their delegates via a tablet and within the limits of the computer application that the CNE has developed for the effect with the help of the SINFIC company, controlled by MPLA and contracted by the CNE in violation of the Public Contracts Law (Law no. 9/16). UNITA registered in the CNE system about 51,000 list delegates and their substitutes for all polling stations programmed.

It is expected that the CNE will send to each candidature, until today, the 13th, 10 days before the election, a list confirming the identification and registration of the lists delegates, effective and substitutes, and the respective credentials to be used on the election day. Due to the extension of the previous deadlines, the CNE is expected to deliver the credentials a little later, in the coming days. It is also expected that the CNE will publish in the most read newspapers of the country, during 3 days, the names of the listed delegates for each municipality and post them at the polling places, 72 hours before that vote.

Once the issue of accreditation has been resolved, the CNE now appears with a new difficulty. It intends to prevent the access of substitutes to polling stations.

The number 1 of article 93 of Law no. 36/11 states the following: “At each polling station there may be one delegate and his substitute indicated by each of the competing lists”

The CNE is instructing its local organs not to allow the substitutes to enter the polling stations or to be present at polling stations. Nor your relay with the list delegates.

The law orders the list delegates to be present at the polling stations and start their inspection duties at 4 o’clock in the morning, three hours before the voting starts. Polling stations close at 7:30 p.m., and the counting, clearing of results, and writing of the minutes usually ends at around 10:00 p.m.

In all voting stations, there are more than 18 hours of work. During this period all the delegates will need to eat, go to the bathroom, rest and eventually communicate with the family and with the candidacy that represents even for questions or clarification. The CNE does not want to allow that in these short absences the inspection of the minutes of the members of the tables is done by the substitute delegate, equally accredited. It wants the minutes of the table to be exempted from inspection. In 2012, the substitutes had access to the tables and were able to take turns with their effective colleagues.

There is strong evidence that members of the polling stations, especially presidents and secretaries, who are responsible for drafting the electoral roll, are all members of the MPLA and police action committees, specially trained to handle, Modification of the results of the votes counting.

In recent days, members of Provincial Electoral Commissions, who are empowered by law to nominate and publish the names of members of polling stations (Law no. 12/12, article 35, line a), report Existence of massive fraud in the recruitment and selection process of those members. Applicants who have legitimately registered are being deprecated or replaced by individuals nominated by MPLA structures, namely OMA, JMPLA and CAPs. Some of these indications came in the form of lists received and maintained by the presidents of the Municipal Electoral Commissions.

There are also reports of the existence of 6,000 police officers from various units that were imposed on the CNE and accepted by the CNE to serve as polling stations in the provinces of Luanda, Huila and Benguela, in violation of Article 89 (5) Of Law No. 36/11, which prevents the military and members of the militarized forces in active service from serving as members of polling stations.

Designation of logistics operators and other support workers

In addition to the members of the polling stations provided for by law, five by polling stations, the CNE recruited more than 28,000 other agents to work at polling stations under the cover of “logistical operators”, “electoral assistants” and “electoral information assistants “. Recruitment of these agents was not transparent. It is believed to be militarized forces, agents of intelligence services and others of the Party-state party machine. They are the ones who will carry the sensitive material, including reserve ballots and minutes with the election results.

Delloitte has now completed an audit of the technological solution and transmission systems of electoral results assembled by the CNE with the assistance of the Spanish INDRA.

The transfer of polling station results to municipal fax transmission centers was excluded from the scope of the audit. In fact, the integrity of data from the point of production (polling station) to the points of transmission (at the municipal headquarters) is not assured, it is vulnerable and it is not auditable. From the review of the system to which the auditors had access, they concluded that the verified results will not be transmitted to the effect of the provisional ballot by the fastest route by the presidents of the Voting Assemblies to the Provincial Electoral Commissions, as established by article 123 nº 2 of Law 36 / 11 of 21 December. As an aggravating circumstance, for the purposes of the provisional ballot, a summary report was drawn up which was neither codified nor signed by the list delegates, who, when being transported by agents outside the control of the CNE, were recruited by other entities. Reliability of the provisional results.

The entire transmission structure of the results by fax is based on the summary minutes. The results that will be transmitted and distributed on the electoral night will be those expressed in the summary records and not in the minutes of the electoral operations. The results will be transmitted from the dispatch points directly to the National Polling Center, without prior verification at the municipal or provincial level.

The Provincial Electoral Commissions will make the definitive determination based on the minutes of the electoral operations, which will be received during the night and on the following two days. The final comparative results of the two types of minutes are expected to be identical in the end. Competing parties may only attest to the validity of the results disclosed if their list delegates are all accredited, have the freedom to exercise oversight of the acts of the members of the MPLA polling stations, and receive faithful copies of all the minutes produced .