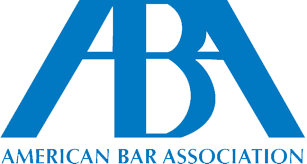 While significant regional and international attention has been focused on the 2017 elections in Rwanda and Kenya, there has been relatively little reflection on the importance of the elections in Angola, where President Dos Santos has chosen to step down after 38 years in power. Despite enjoying more than a decade of strong GDP growth since its devastating civil war ended in 2002, 67% of the population lives below the poverty line and the country’s wealth has been largely concentrated within a ruling elite. Years of corruption and mismanagement of public funds and institutions has characterized the governance of the ruling party, Popular Movement for the Liberation of Angola (MPLA) under President Dos Santos. Authorities have repressed political dissent and maintained restrictions on freedom of speech, association and assembly which has intensified particularly around elections. In the lead up to the 2017 elections, pro-democracy and anti-corruption activists were arrested, detained and charged under a litany of state security laws. Peaceful protests were violently disbursed and new and restrictive media laws were introduced. The MPLA, which has dominated political space in Angola since its independence in 1975, is largely expected to win this election, and its leadership will very likely continue under that of Dos Santos’ chosen successor, current defense minister, Joao Lourenco. Join us as the panel discusses the future of democracy and human rights in Angola under the leadership of a new president.
Have questions about The Future of Democracy and Human Rights in Angola: Looking Beyond the 2017 Election? Contact American Bar Association Center for Human Rights

CategoryFriends of Angola
Tags#American Bar Association, #The Future of Democracy and Human Rights in Angola, Angola