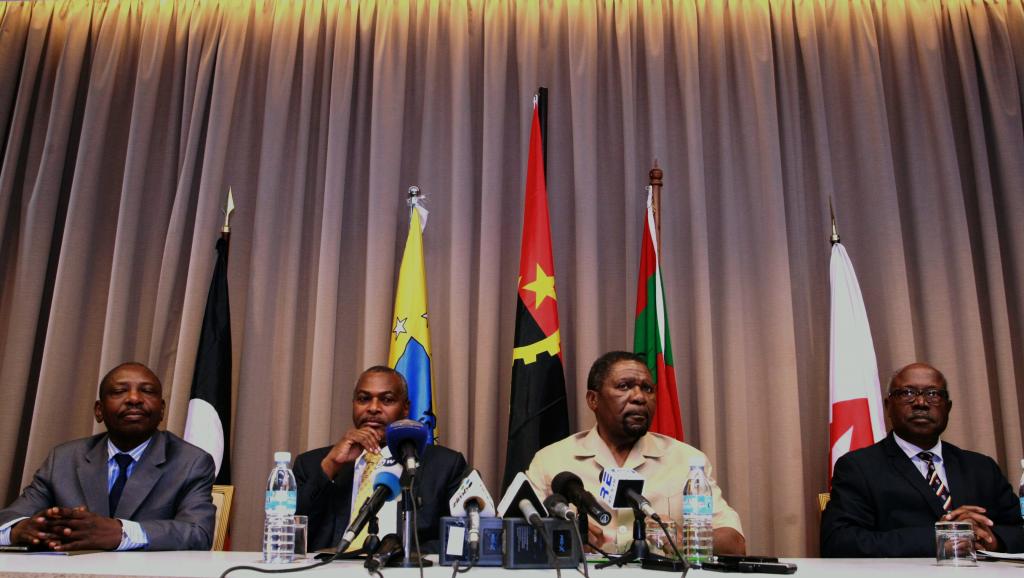 Luanda, Sept 8 (AFP) — Three Angolan opposition parties on Friday filed a complaint against the outcome of nationwide elections on August 23 that asserted the 42-year grip of the ruling MPLA party.

Representatives from the National Union for the Total Independence of Angola (UNITA) and two smaller parties, the FNLA and PNS, lodged a request at the Constitutional Court in Luanda for the results to be overturned, AFP reporters saw.

UNITA campaign manager Ruben Sikato said electoral laws had been breached in 15 out of the country’s 18 provinces.

On Wednesday, the national electoral commission declared that the MPLA — Popular Movement for the Liberation of Angola (MPLA) — had won 61.7 percent of the vote and 150 of the 220 seats in parliament.

UNITA won 26.6 percent of the vote and 51 parliamentary seats, while Casa-CE managed 9.5 percent with 16 seats. The remaining three seats were shared by the FNLA and PNS.

The MPLA has governed Angola since the country gained independence from Portugal in 1975.

The court must respond to the lawsuits within three days. If the outcome is unchanged, the inauguration ceremony will take place on September 25.

Claims of voting violations have been dismissed by Lourenco, who has accused the opposition of “spoiling the people’s party”.

“These political groups, by protesting in their sole interests against these so-called procedural irregularities, have violated electoral laws,” he said late Wednesday.

The MPLA had predicted it would win easily, but the result showed a decline in support from the 2012 election.

The country of 28.8 million is battling high poverty levels and has suffered from a slump in crude prices in recent years.