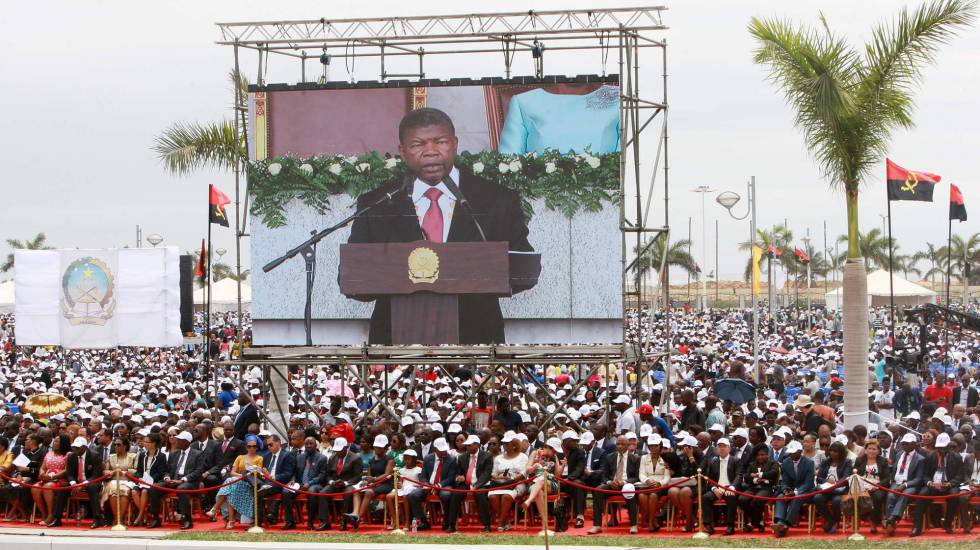 João Lourenço told thousands of supporters in Luanda he would also tackle gaping inequality in Africa’s second largest oil producer – though analysts have already raised doubts about his ability to make far-reaching change.

In a 45-minute speech, Lourenço said he would strive to bring in reforms covering gender equality, the freedom of the press, private enterprise and public health.

Any serious attempt to transform the country could put Lourenço on a collision course with senior party figures and powerful interest groups.

Angola’s economy fell into recession last year, while unemployment is officially over 20 percent and a shortage of foreign currency has forced firms to pull back operations.

Lourenço said he would work to reduce state intervention in the economy and give free enterprise the space and support to thrive.

He has previously said he does not rule out negotiating a deal with the International Monetary Fund or World Bank to help rebuild an economy heavily reliant on oil.

“There are enormous challenges before us … We call on the help of everyone on this difficult journey,” he said.