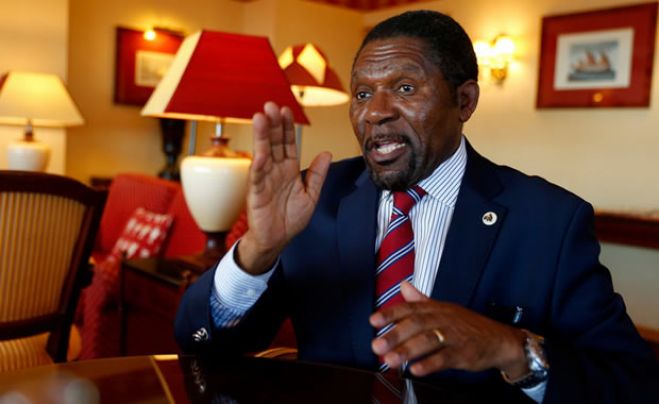 LUANDA, ANGOLA — The veteran leader of Angola’s largest opposition party said Wednesday that he would step down to allow someone else to keep the new government of President Joao Lourenco to account.

Isaias Samakuva, who has led UNITA since 2003, said a new leader should take the party forward through the “new political cycle.”

He announced his departure a day after Lourenco was sworn in as only the third president of Angola since independence from Portugal in 1975, ending 38 years of rule by Jose Eduardo dos Santos.

Samakuva had previously said he planned to step aside but appeared to seesaw on the decision in recent months.

“During the campaign, I said I would leave the presidency of UNITA to serve the party in another function. I maintain and reaffirm that decision,” Samakuva told a meeting of the party.

Samakuva took over the leadership of UNITA — the National Union for the Total Independence of Angola — after the death of founder Jonas Savimbi, who led the movement during 27 years of civil war.

Savimbi’s death brought peace and the transition of UNITA into a political party.

Under Samakuva’s leadership, UNITA increased its proportion of the national vote from 10 percent in 2008 to 27 percent in 2017.

Among possible successors are Adalberto da Costa, who was the party’s leader in parliament under the previous administration; Rafael Massanga Savimbi, son of UNITA’s founder; and Lukamba Paulo, a former secretary-general of the party who lost a leadership election against Samakuva in 2003.