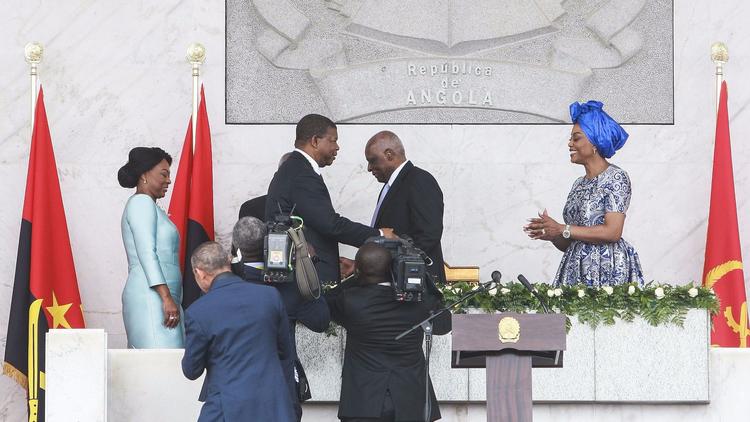 LUANDA (Reuters) – Angola’s new President João Lourenço is making swift moves to wrest power from his predecessor Jose Eduardo dos Santos, pushing out some of his key allies and vowing to combat monopolies controlled by a family that has run Angola for four decades.

Dos Santos, 75, handpicked Lourenço, 63, to succeed him when he stepped down last month after 38 years in power, prompting critics to suggest the little-known newcomer would be a puppet of the dominant dos Santos family.

But analysts, diplomats and politicians have been surprised by the speed at which Lourenço has tried to take on some of the entrenched vested interests that control sub-Saharan Africa’s third largest economy and second biggest oil exporter.

Heavyweights from the previous administration, such as Vice President Manuel Vicente and Minister of State Manuel “Kopelipa” Hélder Vieira Dias Jr, have found themselves out of a job.

Dos Santos still retains significant power as the head of the ruling MPLA party, and key posts such as the finance minister and central bank governor have not yet been touched.

This month Lourenço appointed Carlos Saturnino, who was sacked by Isabel dos Santos last year, as Secretary of State for Oil, a technically more senior role than that of his old boss.

“It was unexpected at this early stage,” said Marcolino Moco, a former Angolan prime minister and critic of Jose Eduardo dos Santos.

“It’s very early still, but Lourenço is sending a sign that the excesses of the dos Santos era will not continue.”

In his state of the nation address on October 16, Lourenço vowed to break up monopolies in the economy, directly mentioning the cement industry in which Isabel and her husband have large holdings.

He also abolished government communications department GRECIMA, with which a company co-owned by another dos Santos daughter, Welwitschia, had lucrative contracts. The company, Semba Comunicação, could not be reached for comment.

“Breaking the monopolies enjoyed by the dos Santos family would be going for the jugular,” said Ricardo Soares de Oliveira, an author and expert on Angola who teaches at Oxford University.

“But there is a danger of confusing a vendetta against dos Santos with a true reform agenda,” Oliveira said.

Major reform is desperately needed. Although an oil boom has made Angola one of Africa’s richest countries per capita, it is also one of the world’s most unequal, with the vast majority of the population sharing little of its wealth.

Angola’s economy fell into recession last year and unemployment is at least 25 percent. A lack of foreign currency has forced companies, such as airlines and oil services, to pull back operations. A dollar fetches three times the official rate on the black market.

There are early indications Lourenço may be placing capable technocrats into roles to fix some of these problems.

José Massano, a former central bank governor popular with international investors, could return to his old job, local media reported Wednesday. A spokesperson for the central bank declined to comment.

For Lourenço’s opponents the jury is still out.