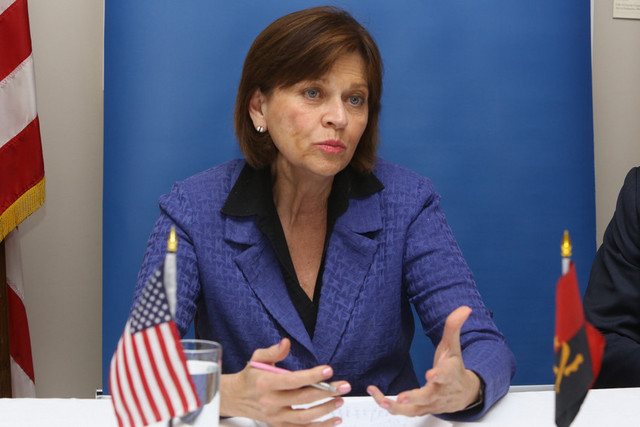 Luanda — The United States ambassador to Angola Helena La Lime Wednesday highlighted the commitment of Angolan Executive, under the President João Lourenço, having praised the ongoing reforms in the country.

The US diplomat, who is at the end of her three-and-a-half-year term in Angola, described the Angolan Government’s two-month performance as positive, stressing that this task (reform) is not an easy process.

During an audience granted to her by the President of Republic, the US ambassador presented farewell greetings.

The diplomat said the fight against corruption undertaken by Government is a reality and will bring positive results for Angola and its people.

As for the cooperation relations between the two countries, she highlighted the close collaboration between the Angolan Ministry of Economy and American businessmen linked to the private sector, as well as with representatives of the US Chamber of Commerce in Angola.

Angola and the United States established formal diplomatic relations in 1993, with stress to the health, agriculture, finance, demining, defence and security sectors.

Helena La Lime underlined that the US Administration is closely monitoring the situation in Zimbabwe – southern African country.