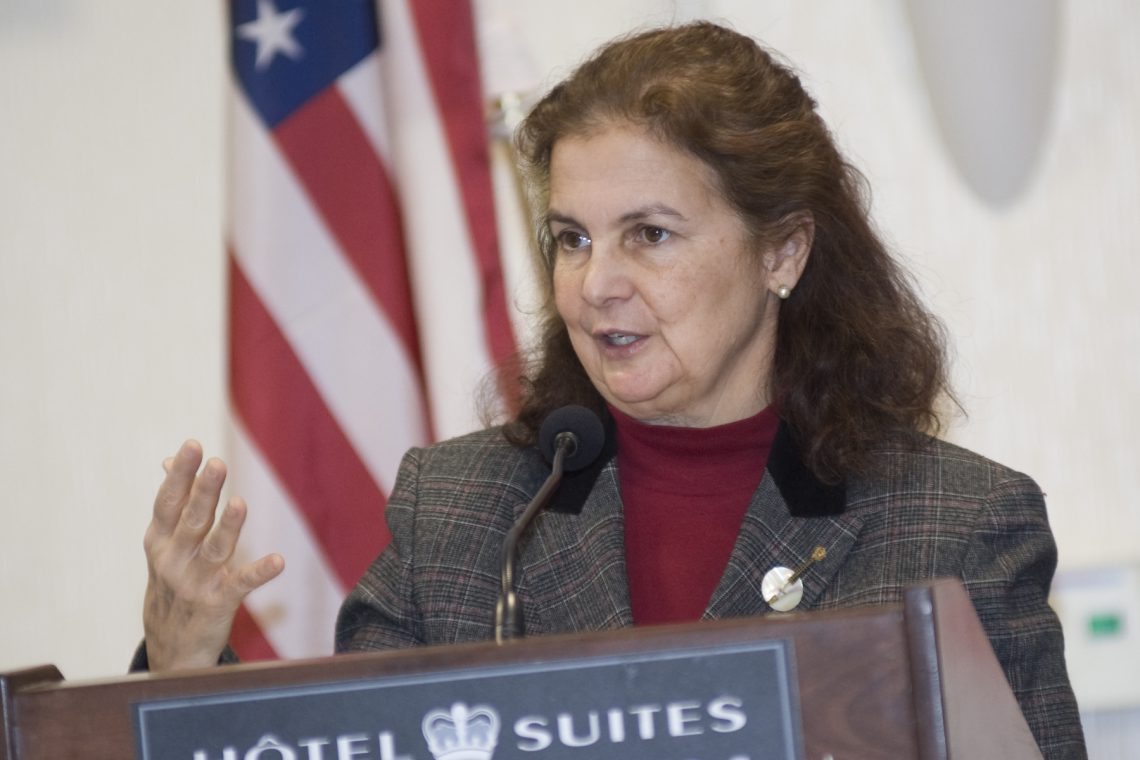 President Trump announced his intent to nominate Nina Maria Fite to be Ambassador of the United States of America to the Republic of Angola on September 2, 2017. Ms. Fite was the United States Consul General in Montreal, Canada from September 2014 to August 2017. Before Montreal, she served as Consul General in Lahore, Pakistan from September, 2011 to May, 2014.
Ms. Fite completed a Master of Science in National Resource Strategy (Distinguished Graduate) at the National Defense University’s Eisenhower School in June 2011.

A career member of the Senior Foreign Service, she has spent more than 20 years focusing on trade, environmental issues, and post-conflict economic development. Her assignments include serving as the Deputy Economic Counselor in Kabul, Afghanistan and as the Political/Economic Section Chief in Luanda, Angola.

While on assignment with the U.S. Trade Representative’s Office, Ms. Fite negotiated the environmental chapters of the Dominican accession to the Central American-Dominican Republic Free Trade Agreement and the U.S.-Panamanian Free Trade Agreement. She has worked on regional and bilateral environment, science and health issues while based in Budapest, Hungary and in the State Department’s Bureau of Oceans, Environment and Science. She also served in Lisbon, Portugal and Kingston, Jamaica. She has received multiple Department of State Meritorious and Superior Honor Awards.