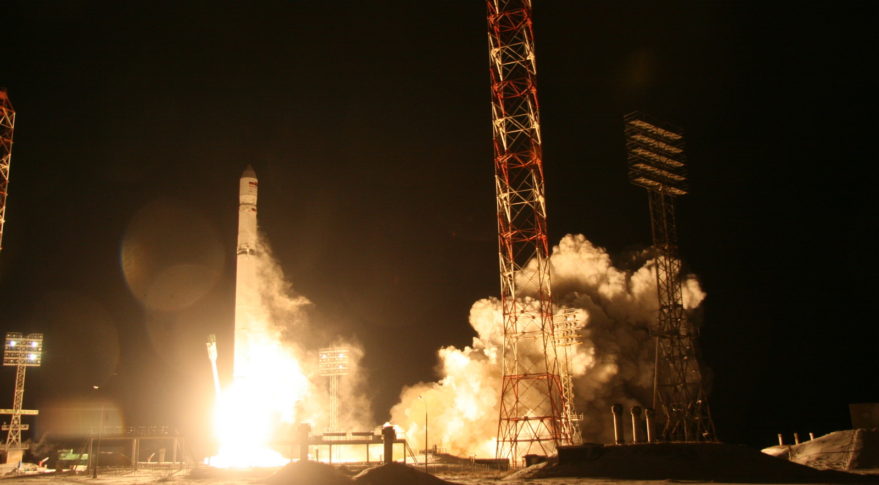 A Zenit rocket lifts off from the Baikonur Cosmodrome Dec. 26, 2017 with the Angosat-1 telecommunications satellite. Credit: Roscosmos

Controllers have lost contact with the AngoSat-1 satellite, a day after Angola’s first satellite was launched.

Energia, the Russian company that built the satellite, said on Wednesday it had yet to identify the problem that caused loss of contact.

Contact with the satellite was initially established after it was put into orbit. Shortly afterwards, however, the satellite stopped responding.

“It’s correct that after the launch there was a [communications] disconnect,” said Da Costa N’ganga, marketing director at Infrasat, a company in Angola overseeing the satellite project.

“The nature of the technology means that we will need to wait 24 hours to know for sure what has happened.”

A statement by Energia says specialists are now analysing the information they did receive before communication was lost to see if the problem with the satellite somehow could be solved.

This is not the first time Russia has lost contact with a satellite shortly after launch. In November, all communications with Russia’s own Meteor-M weather satellite was lost.

AngoSat-1, a communications satellite built for almost $300m, was launched on Tuesday evening from the launch facility in Baikonur, Kazakhstan.

It was scheduled to work for 15 years and was made to improve telecommucications in the African country.

About 50 Angolan aerospace engineers were trained around the world. This crew was supposed to oversee mission from a control centre in Angola.

Earlier this year, Angola made public its long-term plan for its space programme, which envisages a steady expansion in the coming years.

It is unclear how a failure of AngoSat-1 will influence that multi-year plan.