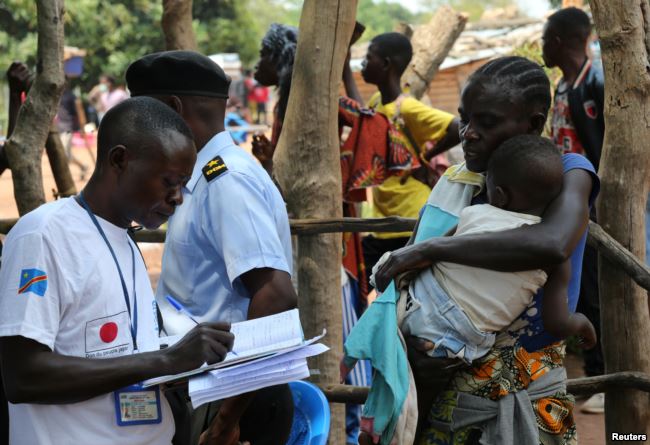 GENEVA — The U.N. Children’s Fund (UNICEF) reports that more than 80,000 children are among 330,000 Congolese migrants expelled by the Angolan government since the start of October. The migrants were sent to the Democratic Republic of Congo’s volatile Kasai Province, where ethnic tensions triggered a brutal conflict in 2016.

According to UNICEF, the migrant children, many of whom lived most of their lives in Angola, are dealing with dire conditions. Thousands of them are walking long distances in bad weather with little to eat or drink, and are exposed to violence.

UNICEF spokesman Christophe Boulierac said there is a rising fear of disease, and that the agency is very worried about the health of the children and their families.

“There was a very, very serious crisis of malnutrition in Kasai and these children are coming in a very bad situation, very bad conditions from Angola,” he told VOA. “Some of them are suffering from hypoglycemia. And, there might be an increase of malnutrition, acute malnutrition, which makes a child more vulnerable to all kinds of disease.”

Boulierac said cholera, measles, and malaria are of particular concern and measures are being taken to try to prevent the spread of these illnesses. He said UNICEF is installing chlorination points, hand washing stations, and emergency latrines.

He said efforts are also underway to reunite children separated from their families and to provide those who are traumatized by their experience with psycho-social counseling.

The Congolese migrants, forcibly expelled by Angola, had been working in the country’s informal mining sector. UNICEF reports children as young as 13 and 14 were part of the illegal work force.

Angola’s government has reportedly cracked down on the activity with the aim of reducing diamond smuggling and making the mining industry more transparent. But it has also denied allegations of mass expulsions and brutality, maintaining the migrants returned home voluntarily.

The U.N. human rights chief, Michelle Bachelet, called the mass movement an expulsion. She said the influx of migrants could trigger a renewal of inter-ethnic violence in Kasai Province.