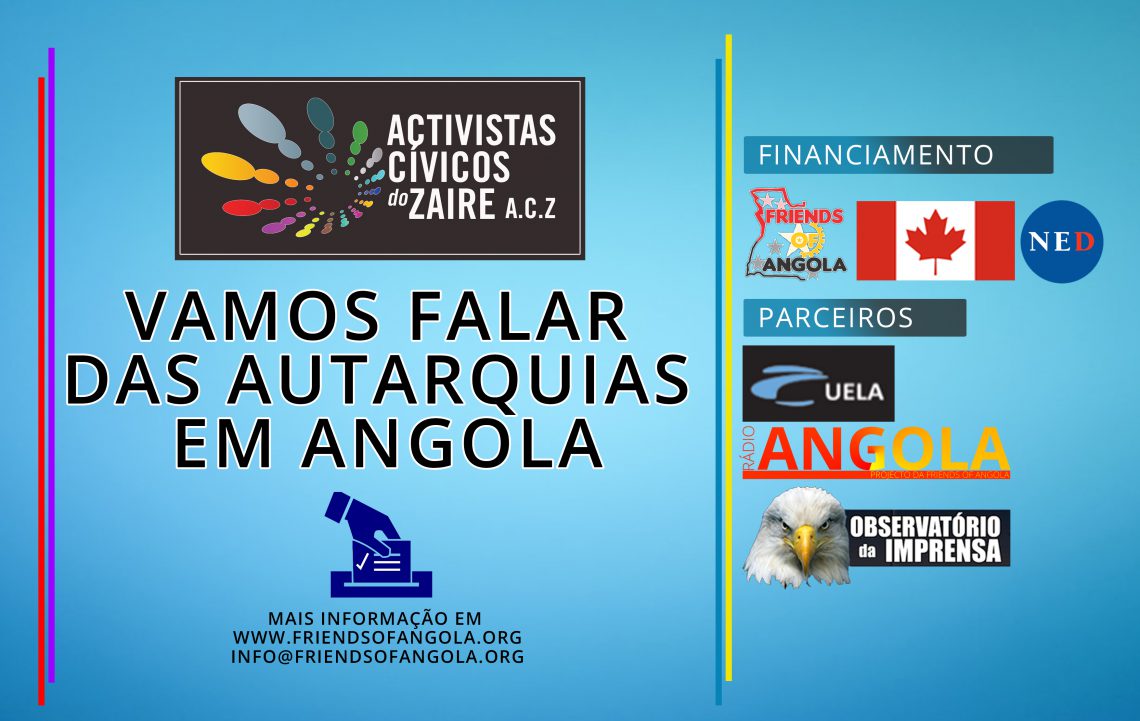 In 2020, Angola will hold its first municipal elections where mayors will be elected for the first time by popular vote. The focus of this project is to engage citizens, traditional and local leaders, civil society and politicians in the political process and encourage democratic development through providing the tools to interact in a meaningful forum. Friends of Angola (FoA) aims to host activities,(Vamos Falar das Autarquias em Angola) “Let’s Talk about Local Government in Angola” with local partners in 10-18 provinces. The activists will be drawn from civil society organizations, local residents and traditional leaders. These activists will then work with politicians currently holding elected office and constituents to educate them on the importance of interacting to learn of local needs and issues and the value of holding elected leaders to account. The activists will encourage elected officials to hold town hall forums, as well as educate local citizens on what is a town hall and their value as a mechanism to meet their elected representatives and challenge how they handle an issue. Activists facilitating the town hall forums will point out the value of the opportunity to engage on such a way prior to voting a candidate into office.

FoA primary goal is to encourage citizens, civil society and politicians to engage in the full gambit of the political process. Corruption is endemic in Angola, with a lack of accountability facilitating the ability of politicians to remain in office for extended periods of time and abuse their power. By encouraging politicians to listen to their constituents, citizens to hold them to account, and civil society to learn to be the bridge between the two through engaging the skills to advocate for constituent services, Friends of Angola is working toward aiding Angolans build government that works for them and implements projects citizens request and judge useful to their needs.