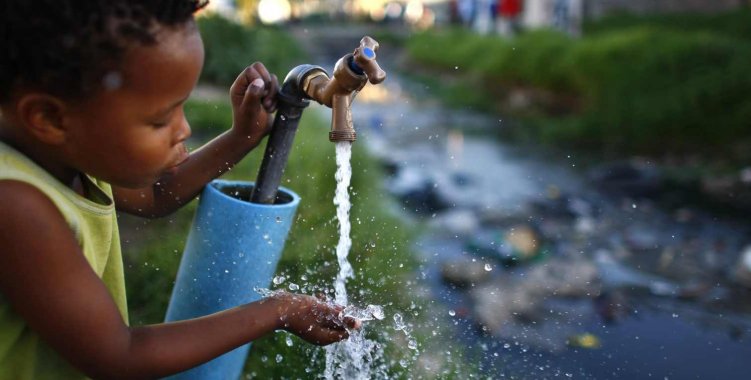 In recent years, Angola has become one of the richest countries in Africa. One reason is money earned by Angola’s oil industry. In 2017, business advisory service Mercer named the capital, Luanda, the most costly city for foreigners to live in.

But, many Luandans do not have access to even basic needs.

Luanda is surrounded on three sides by water: the Bengo and Cuanza Rivers and the Atlantic Ocean. Yet only half of its eight million people have access to clean, running water.

Many people in and around Angola’s capital must use untreated water for everyday activities – and even for work.

Car washers like Herminio Chitembo, for example, use untreated sewage water to earn a living.

Chitembo says he and other car washers do this kind of work for survival. They are unemployed — that is why they are here.

The United Nations Children’s Agency reports that nationwide, forty-four percent of Angolans still do not have access to clean water.

Agency representative Patricia Portela De Sousa says a lack of access to safe drinking water, sanitation systems and hygiene are the main causes of infectious diseases. She said this “means that many people are in danger.” Not having safe water, she added, equals a high chance of getting diseases and even dying.

Angolan officials are working to improve access. But the lack of clean water is a business opportunity for hundreds of young men. They bring drinking water to buyers across the city.

Eliseu André Paulo says people need this water because, in the neighborhood where they sell it, there is no water at all. There are water taps, but the taps have never had running water.

The Public Water Company of Luanda, known as EPAL, admits there is a serious water shortage.

EPAL representative Vladimir Bernardo says Luanda’s water company has an average production level of 540,000 cubic meters of water per day. But the daily need is over a million cubic meters.

For now, Angolans do their best to survive, using the dirty water they have or the clean water they can sell.

Elizabete Casimiro reported this story for VOA News from Luanda. Alice Bryant adapted it for Learning English with additional information from USAID and other sources. George Grow was the editor.