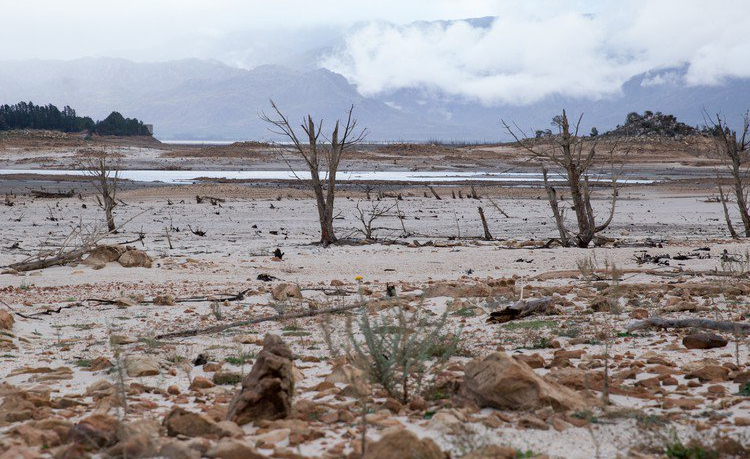 CUNENE PROVINCE, ANGOLA — Southern Angola is facing the worst drought in decades, with at least 2.3 million people at high risk of suffering malnutrition because they couldn’t get enough food, the United Nations Children’s Fund says.

Among them is 58-year-old farmer Eduardo Noukala, who is struggling to find enough grass and water for the cattle his family now depends on.

The worst drought to hit southern Angola in decades destroyed his entire crop.

It hasn’t rained since November and thousands of farmers like Noukala were left with no harvest and little hope.

He says only God knows about the drought this year, because he hasn’t seen something like this before.

Families depend on cattle

Cattle farmers were forced to make an annual trek with their herds three months early, in search of green pastures.

Few of the animals are expected to survive, and thousands have already died.

The United Nations Children Fund says the drought has left more than 2 million people in southern Angola at risk of food insecurity.

Asorio Setequele, a local farmer says they are starving at home and have no water because of the drought.

But Dr. Daniel Ricardo, who is a nutrition specialist, says most of those starving are too weak to reach medical care.

He says the health condition of those children will get worse because this drought does not only affect people nutritionally, but also has a huge impact on the children’s health at the community level.

Robert Bulten, the emergency program director in Angola, is concerned about the extreme need.

“This is not enough,” he said. “We will need to find other resources by additional suppliers, because we foresee that with the field harvest of this season, we are expecting that we will encounter a lot of malnourished children at least until the harvest of the next year, which will be in March.”

Angola’s president, Joao Lourenco, visited the region this month and acknowledged the situation is grim.

He says the government is not indifferent to this. The reason for his presence in these two provinces was a sign to show that the government is following up on what is happening in almost all of southern Angola.

Angola has promised to fund its own emergency and development programs within four years.

While the plan is praiseworthy, aid groups say the vow of self-reliance makes it harder to attract donations to help Angolans suffering from the drought.