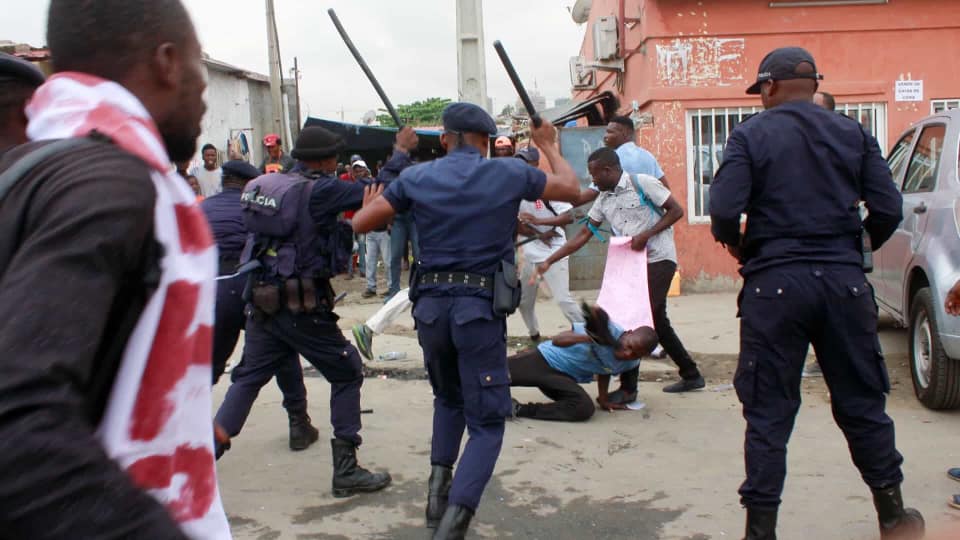 PRESS RELEASE: Referring to the October 15, 2019 incident involving the police and citizens taking part in a peaceful demonstration, it is with grave concern that Friends of Angola (FoA) denounces the brutality with which the National Police acted. Organizers reported that the peaceful demonstration was convened to challenge the high level of unemployment which primarily afflicts young people.

The right to demonstrate is enshrined in the Constitution of the Republic of Angola (CRA, Article 47) which does not require the need for any authorization request from the police.

The attitude of the police was so brutal that it was not justified, since young people were simply following their constitutional right. The current government continues to prove to be against peaceful demonstrations, and this attitude equals that of the former President, José Eduardo dos Santos.

We note that seven citizens were victims of repression, not including those people who were just passing through, with others being hospitalized and also detained in several police stations in Luanda.

Friends of Angola is also concerned about the fact that these practices were predominantly during the former President José Eduardo dos Santos leadership, and it is sad that their concerns on their rights and social justice are currently being mistaken as a group intending to destabilize the country to service members of the disgruntled MPLA with current direction of the party and government, as accused President João Lourenço at the congress of JMPLA.

As there is video evidence, FoA asks the authorities to investigate this incident and bring those who used too much force to justice. In addition, the National Police should be made aware that their role during demonstrations is to ensure the safety and protection of all citizens as it is within their right to have a peaceful demonstration.