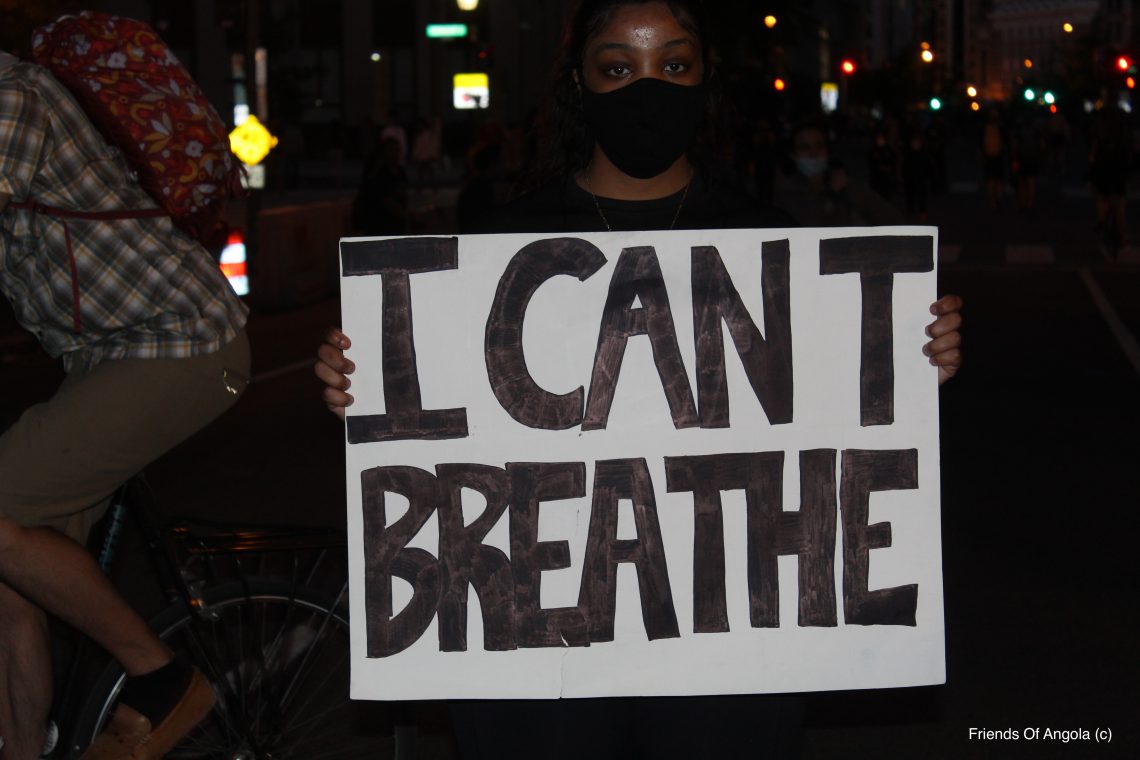 By Friends Of Angola

For far too long, we bear witness to the systematic oppression an destruction of black bodies. As an organization with staff and leadership made of People of Color, we are tired, outraged and in pain over the ongoing structural violence perpetrated on black, brown, and indigenous men and women by the very same system designed to protect us.

George Floyd, Ahmaud Arbery, and Breonna Taylor are only the latest victims of a system that continues to fail us.

Our human rights are disregarded and our humanity devalued. This is no longer to be endured.

As we work diligently to report on the atrocities and human rights violations committed in Angola and the rest of Africa, we are dismayed by the racial injustice and white supremacy prevailing in the United States of America, the land of the free and the home of the brave.

That bravery is now being played out in the streets of American cities. Protesters are calling out for this system, that has shielded far too many corrupt law enforcers, to be gutted. Police for far too long have remained unaccountable for the many atrocities they’ve committed against minorities.

Friends of Angola will stand unabashedly behind these peaceful nonviolent protests. We want justice, accountability, and action to address systemic racism imbedded in the psyche of the American conscious.

In solidarity with all the victims of racial violence, we strongly denounce this injustice and demand swift action!

CategoryFriends of Angola, Uncategorized
Tags#Racial violence and Racism in America