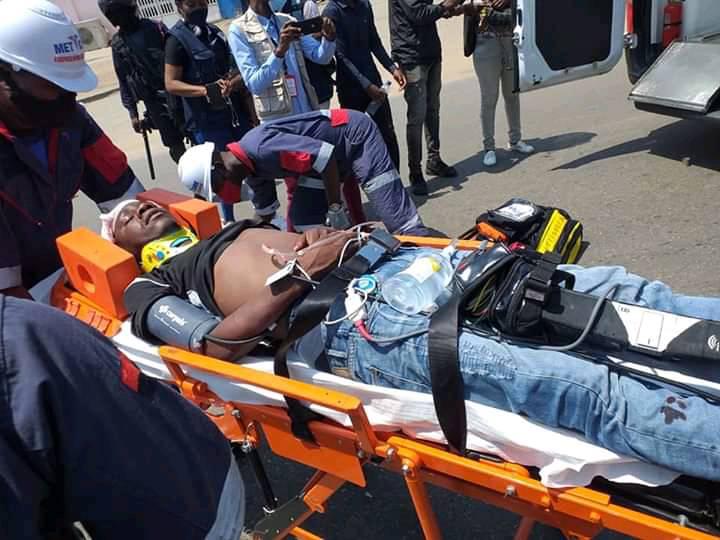 It is with great concern that Friends of Angola (FoA) reports receiving information regarding killing and aggression carried out by security forces against unarmed protestors on November 11. The citizens were protesting against unemployment, high cost of living, in support of municipal elections in Angola, and the resignation of the chief of staff of the President of the Republic of Angola, Edeltrudes Costa.

On October 25, 2020, Friends of Angola (FoA) asked President Lourenco to stop the violence against peaceful protesters and release everyone illegally detained in Luanda. Unfortunately, less than a month later, Angolan police again used live ammunition against peaceful demonstrators and as a result, one young protestor, Mario Lukombo, was killed in Avenida Brazil, Luanda.

I personally was able to hear the noise from the gunfire during the protests. A few minutes later, Radio Despertar broke the news of the death of the young protester, Mario Lukombo.

According to witnesses present at the scene, some activists, in particular well-known activists Lurinda Gouveia and Nito Alves, who were both members of the 15+2 prosecution in 2015, were tortured and left on the road. Witnesses also claim that Angolan authorities refused to provide medical assistance to Nito Alvez following the abuse by police officers.

Friends of Angola’s concern is based, among others, the Angolan governments violation of the law. Angolan authorities seemingly believe that peaceful demonstrations should be brutalized, in contradiction to the Angolan Constitution.

We assert again that Angola, in addition to having ratified international treaties, declared in its Constitution that all constitutional and legal precepts regarding fundamental rights must be interpreted and integrated in harmony with the UDHR, the African Charter on Human and Peoples’ Rights and other relevant international treaties (art. 26, no. 2, CRA). Freedom of assembly is embodied in the Constitution of the Republic of Angola (CRA) in article 47. The participants in the demonstration gathered peacefully and without weapons, as stated in paragraph 1 of the article, carrying only posters. The demonstrators were also properly protected with face masks and respected the physical distance required for combating the COVID-19 pandemic.

Friends of Angola believes that every citizen, national or foreign, should be treated with dignity and respect when demanding their rights. We believe that each case must be assessed in strict compliance with the international conventions to which Angola is a party. For this reason, we call on the Government of Angola and in particular, President Lourenco, to adhere to the laws of the land, and uphold their work in full commitment to the people, regardless of the circumstance, so that their rights are respected.

FoA demands the Angolan authorities and international community open an investigation with the aim of bringing those responsible (directly or indirectly) for the killing and aggression to justice with respect to universally recognized human rights. These include the right to integrity, freedom from physical harm and freedom of expression. These rights are clearly started in the CRA and in the Universal Declaration of Human Rights ratified by Angola but are violated by authorities who, by legal imperative, should be the first to respect them.