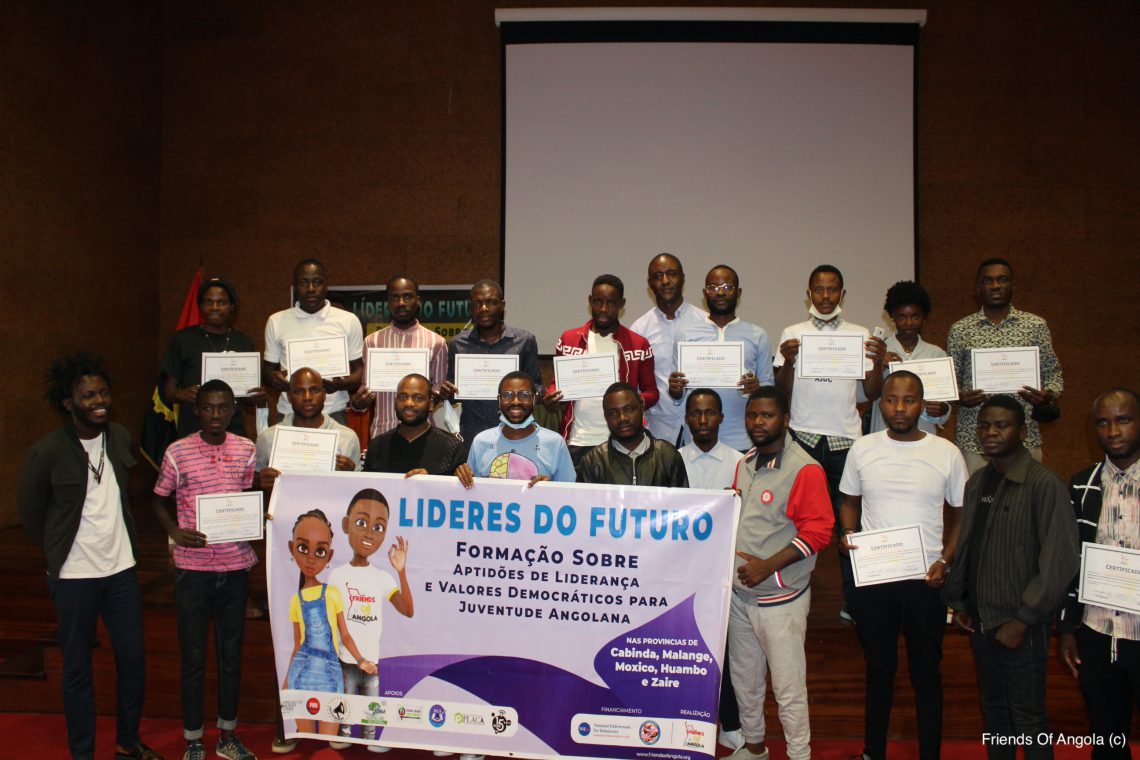 At least 40 individuals, participated in a “leadership skills and democratic values” training in the city of Malange. This opportunity was provided by the non-governmental organization, Friends of Angola (FoA), in close partnership with the local association “Balumukeno”.

This training was attended by members of local civil society organizations, youth groups and individuals residing in Malanje province and was facilitated by activists Jessé Lufendo and Zola Mandela da Paz.

For two days (27-28 August 2021), the young participants received content about the different types of leadership according to each political system, at the Provincial Library, in the city of “Palanca Negra”,

Activist Jessé Lufendo, one of the trainers, told Radio Angola that “the aim is to instill in Angolan youth democratic values and human rights, so that, in the future, they will be leaders capable of observing transparency, honesty, democracy and public ethics.”

The event’s organizers also stated that “the training aims to train young people in the principles of leadership, democracy and local power, including participation in the electoral process, transparency, ethics and individual social responsibility.

According to Friends of Angola (FoA), the initiative that is already being carried out in several provinces of the country (Luanda, Benguela, Huíla), Huambo, Bié, Moxico, Zaire and Malange), frames its social responsibility, as an organization that defends and promotes human rights, transparency, and good governance.