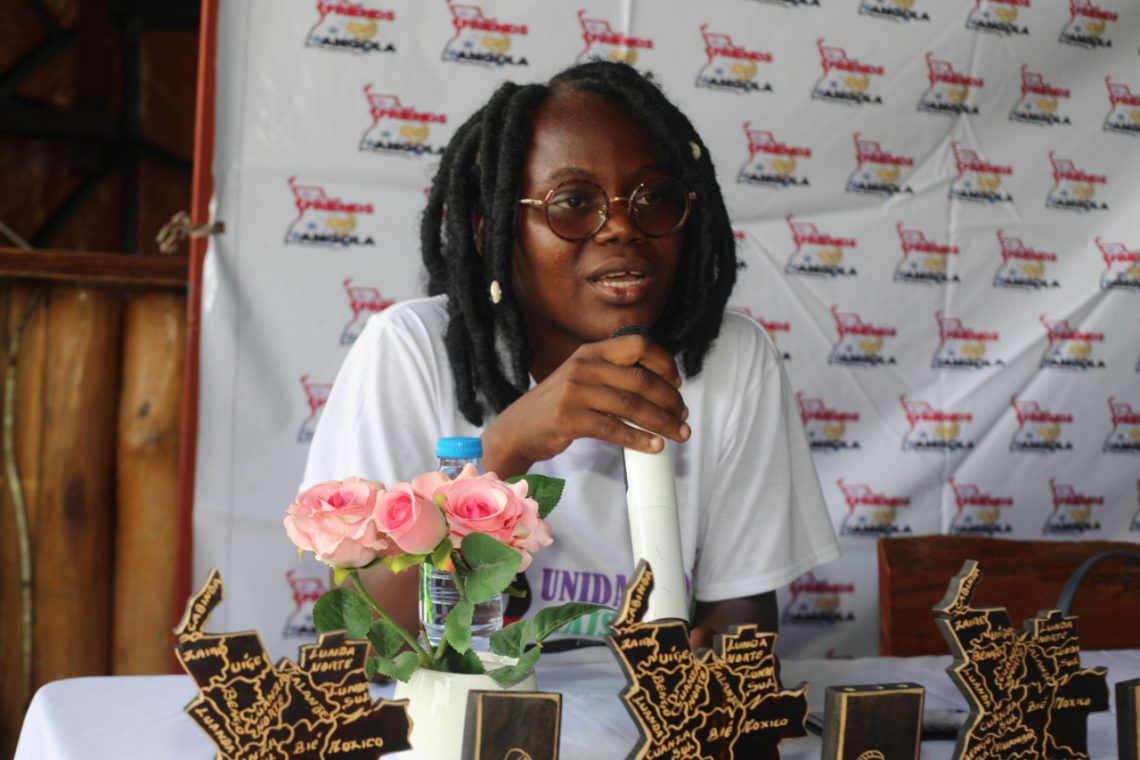 Washington D.C. – The United States announced on Thursday (December 9, 2021), that Isabel dos Santos, former Chair of an Angolan state-owned enterprise, and two senior government officials – General Leopoldino Fragoso do Nascimento and General Manuel Hélder Vieira Dias Júnior – have been sanctioned because of their corrupt actions misappropriating public funds for their personal benefit. Friends of Angola and Transparency International welcome this announcement after years of advocating to hold corrupt officials to account.

The US government issued two different designations of sanctions. The first, under Section 7031(c) of the Department of State, Foreign Operations, and Related Programs Appropriations Act denies visas and entry into the United States for Isabel dos Santos, General Leopoldino Fragoso do Nascimento, General Manuel Hélder Vieira Dias Júnior and their immediate families. The second, issued by the US Department of the Treasury’s Office of Foreign Assets Control (OFAC) against General Leopoldino Fragoso do Nascimento and General Manuel Hélder Vieira Dias Júnior, pursuant to Executive Order (E.O.) 13818, builds upon and implements the Global Magnitsky Human Rights Accountability Act to target perpetrators of corruption and serious human rights abuse. These sanctions block the Generals from accessing and require reporting on all of their property in the control of the US.

In 2020, the Luanda Leaks showed how Isabel dos Santos became Africa’s richest woman using a network of offshore companies that allowed her to take advantage of her powerful connections and appropriate millions in state funds. Generals Fragoso do Nasicimento and Vieira Dias Júnior are suspected of siphoning off millions from public funds intended for infrastructure projects. This significant step taken by the US government to sanction dos Santos and the two Generals was made on International Anti-Corruption Day 2021, following years of lobbying from many entities including Friends of Angola, Transparency International Portugal, Angolan journalists and ordinary citizens demanding justice in their country.

Florindo Chivucute, Executive Director of Friends of Angola said:
“Friends of Angola, our partners and the people of Angola join together against all forms of corruption. Angola can no longer be allowed to languish in poverty while a privileged few like Isabel dos Santos appropriate public funds for their own gain. We celebrate these sanctions as a concrete step to hold corrupt officials accountable and protect the interests of all citizens of Angola.”

While these sanctions give hope to many Angolans that government officials are not above the law, Friends of Angola, Transparency International Portugal and partners will not rest in the fight against corruption. The US announcement to establish a Coordinator on Global Anti-Corruption is a significant measure in this fight, but more is still needed to fight corruption in Angola and around the world.

Karina Carvalho, Executive Director of Transparency International Portugal said:
“This decision makes even more urgent the need to institute Global Human Rights Sanctions Regimes both within Europe and around the globe. Investigations by the ICIJ and the OCCRP have made evident that Europe, and Portugal in particular, are platforms for laundering dirty money from Angolan kleptocrats, allowing illicit financial flows to undermine democracy across borders. We also call for the inclusion of civil society organizations in strategic litigation to expedite processes and support victims. Human rights cannot be held hostage by slow-moving and easy to dismiss requests for judicial cooperation.”

Notes to editors:
• See more on the allegations against Isabel dos Santos and the Generals here: https://www.occrp.org/en/investigations/how-angolan-elites-built-a-private-banking-network-to-move-their-riches-Into-the-european-union
• Learn more about the sanctions on Isabel dos Santos:
https://www.state.gov/elevating-anti-corruption-leadership-and-promoting-accountability-for-corrupt-actors/
• Learn more about the types of sanctions to fight corruption: https://www.humanrightsfirst.org/sites/default/files/Sanctions%20Fact%20Sheet%20No.%201%20-%20General%20Overview.pdf
• Learn more about sanctions issued by the US Department of the Treasury on International Anti-Corruption Day: https://home.treasury.gov/news/press-releases/jy0523
• See more on efforts for an EU Magnitsky Act: https://www.europarl.europa.eu/doceo/document/B-9-2021-0371_EN.html