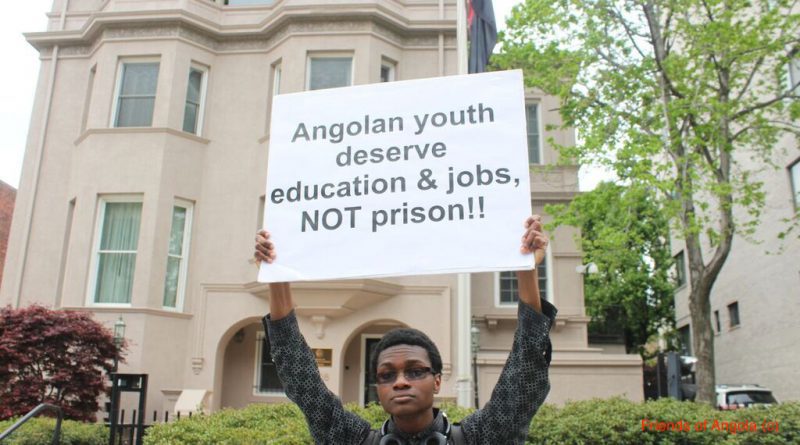 To Your Excellency Mr. João Manuel Goncalves Lourenço
President of the Republic of Angola
Luanda: March 17, 2022
Subject: Setback of Fragile Democracy in Angola
Your Excellency, Mr. President,
It is with great concern that Friends of Angola (FoA) has been seeing the setback of Angola’s already fragile democracy, evidenced by introduction of Article 333 in 2021 of the new Penal Code which has led to the reduction of freedom of the press, expression, and thought.
Investigation by FoA found that this law is producing victims as demonstrated by the case of 31-year-old Luther Augusto da Silva Campos [“Luther King,”] who was abusively detained at his home without a warrant in January 2022. Luther King, who in addition to being detained has also been prevented from being visited, and according to the Attorney General’s Office, was detained “in the scope of routine monitoring of digital platforms (Facebook, Instagram, WhatsApp and TikTok), carried out by the National Directorate for Combat of Organized Crime of SIC Geral.”
According to the Public Ministry for the District of Luanda,“the existence of videos, messages with content that incite the practice of acts of rebellion against state institutions: messages with abusive content to people of the deputies to the National Assembly and the President of the Republic…”
On November 20, 2021, three young people were prevented in Luanda from traveling to Cape Verde.  They would have traveled at the invitation of Friends of Angola as part of the program to exchange experiences on the functioning of the democratic process, with a special focus particularly on Cape Verdean municipalities. On that date, at Luanda Airport, agents of the immigration services confiscated the passports of the three young people and purposely, without any legal support, only returned them after they had finished checking in for the flight they were supposed to board. Therefore, these agents – evidently intentionally and with complete impunity – violated the right to leave and or enter freely the country that the State headed by Mr. President João Lourenço must guarantee to all Angolans.
We saw watching the “regularization” of the main political criminalization and especially of young civic-political activists. Young citizens who – freely and disinterestedly – increasingly dedicate themselves to the cause of the democratic development of Angolan society, as systematically happened in the past, these days have also been systematically intimidated by secret service agents linked to the Presidency. In Angola [it is a fact] brutality is increasingly prevalent, supported by the lack of a democratic culture and respect for the constitutional rights of citizens. However, paradoxically, it is the democratic culture and therefore the guarantee of respect for the rights of citizens that agents at the service of the State must oblige.
Mr. President, please bear in mind that the [gross and systematically unpunished] violations of Human Rights that have been committed in Angola by agents of the State that you direct constitute attacks against Angolan society because, at the same time, they embody serious growing threats to Peace and an intentional obstruction to the fullest realization of democracy and consequently to the harmonious development of the country.
Mr. President, our country, Angola, has a history of turmoil marked by very serious heinous crimes committed against our people. We do not want the Angolan people to be victims of acts typified as crimes against humanity. Hence, Mr. President, who heads the State and governs the country, must always bear in mind that, as history has recorded in several countries around the world, systematic violations of freedom and rights almost always precede the commission of heinous crimes.
I appeal to you, Mr. President to repeal “laws” that reduce freedoms and also effectively opposes the inhuman and undemocratic behavior of State agents, causing them to be punished whenever they violate human rights or engage in intimidation and criminal repression citizens and citizens.
We subscribe with high esteem and consideration.
Florindo Chivucute
Executive Director of Friends of Angola
CategoryFriends of Angola
Tags#Angola, #Open Letter to President João Lourenço, #Setback of Fragile Democracy in Angola