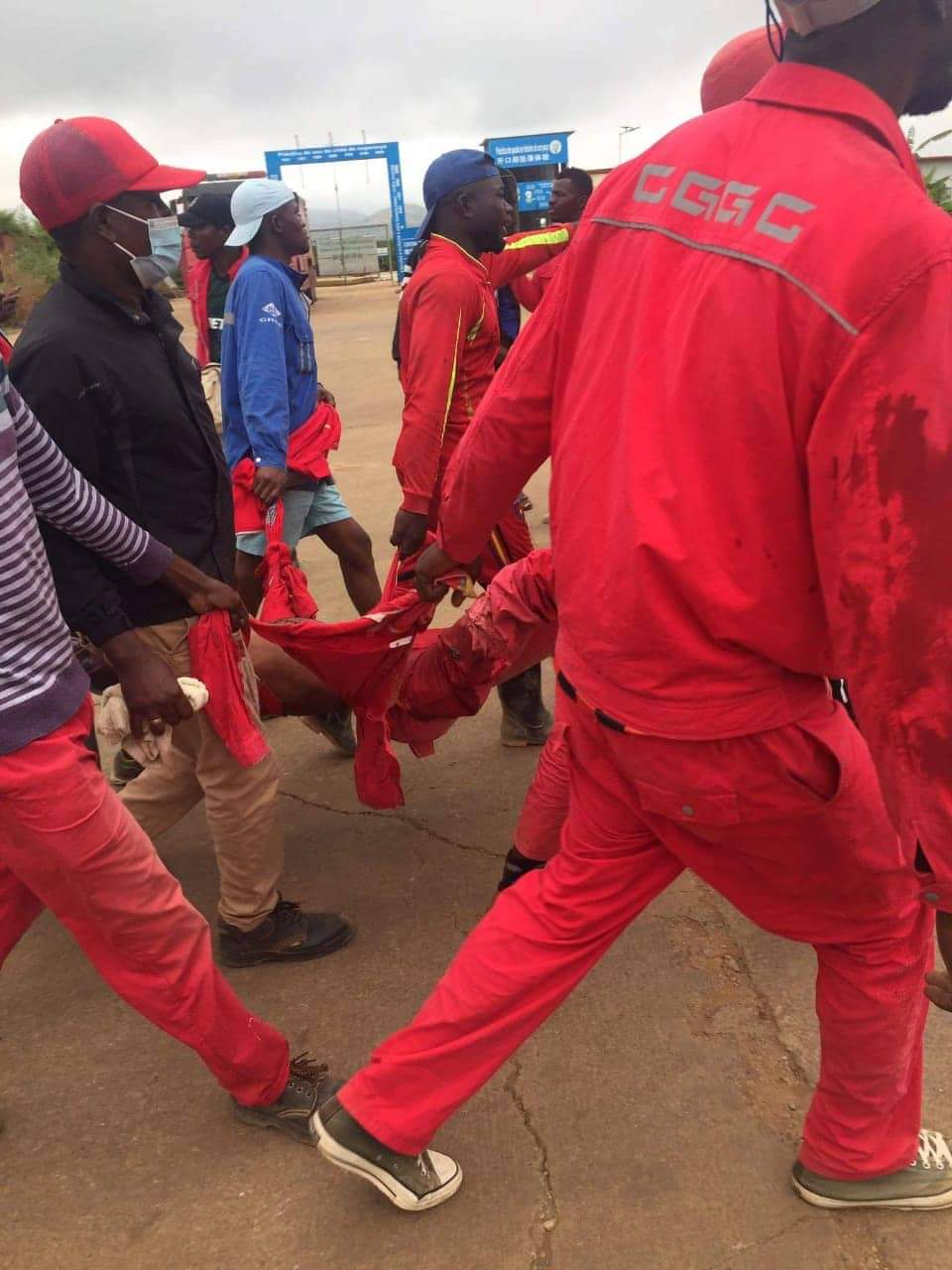 30 May, 2022
It was with great concern and indignation that Friends of Angola (FoA) became aware of the excessive use of force, including live ammunition against workers at the Kakulo Cabaça hydroelectric dam, on May 6th, 2022, in Angola. Unfortunately, the use of live ammunition by law enforcement officials agains several defenseless employees of the China Gezhouba Group Corporation (CGGC), when they were demanding better working conditions in the hydroelectric dam of Kakulo Cabaça in Kwanza-Norte Province, has caused the death of three workers and several people were injured. Read more here.
FoA continues to receive photographs, videos and audios depicting National Police officers shooting defenseless workers. In addition to the injuries and deaths shown in the images, there are reports referring to the detention of CGGC workers held inside the Kakulo Cabaça hydroelectric dam.
Heinous crimes of this nature should not happen in the 21st century and we hope that those responsible – direct or indirect, including the China Gezhouba Group Corporation (CGGC) will be brought to justice.
Therefore, Friends of Angola urge the Angolan authorities to open an investigation with the aim of bringing to justice those responsible for the aggression, death and violations of universally recognized human rights, such as the right to physical integrity and freedom of expression. Rights that, are unequivocally enshrined in the Constitution of the Republic of Angola and in the Universal Declaration of Human Rights ratified by Angola, but in the meantime, once again, violated by officials who, by legal imperative, should be the first to protect and respect them.
It is important to remember that this is the second massacre that happen in Angola were law enforcement officials used live ammunition at a protest in Angola. The first massacre happened in January of 2022 were scores of civilians have been killed by law enforcement, the army and paramilitary forces in the diamond-rich province of Luanda Norte. Read more here.
We also hope that the Angolan government embraces democratic values, guarantee respect for freedom of assembly and expression for everyone in Angola.
Sincerely,
Florindo Chivucute
Executive director
Friends of Angola
CategoryFriends of Angola
Tags#Angola, #Angola News, #China Gezhouba Group Corporation (CGGC), #Kakulo Cabaça hydroelectric dam, #Law Enforcement Officials Used Live Ammunition at a Protest Against Hydroelectric Dam Workers in Angola