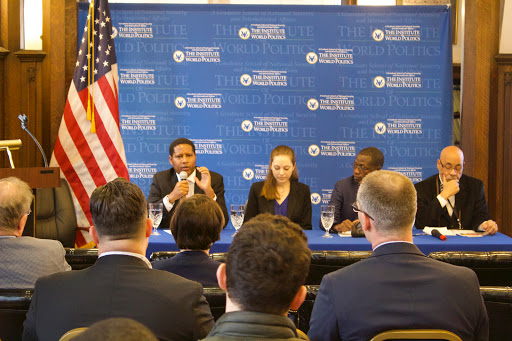 By Shilda Cardoso | Friends of Angola
August 4, 2022
The United States Senators Bob Menendez (D-N.J.), Chairman of the Senate Foreign Relations Committee, Ben Cardin (D-Md.), and Chris Van Hollen (D-Md.), Chairman of the SFRC Subcommittee on Africa and Global Health Policy, have recently introduced a Senate resolution calling for free, fair, and peaceful elections in the upcoming elections on August 24th in Angola.
Angolans certainly feel a mix of emotions reading these words.
First, today, it is embarrassing to show the world that we cannot hold free and fair elections to reflect the people’s will. Secondly, it is shameful that the country’s institutions supposed to guarantee the rule of law during the electoral process are ineffective and controlled by the ruling party. Only recently, we witnessed, during a press conference on national television held by the secretary of the MPLA Bureau for Political and Electoral Affairs, João de Almeida Martins, bluntly demonstrating the ruling party’s unwillingness to discuss power transition. In fact, he went further to call the opposition leader Adalberto Costa Júnior a lunatic for thinking that the election results would favor anyone else but the MPLA regime. Under normal circumstances, State institutions responsible for the electoral process should have immediately denounced such declarations. The MPLA cannot categorically pre-determine the election results in its favor on national television. What message are they transmitting to the public? Certainly, not one of free and fair elections.
Hence, as Angola’s Constitutional Court, the National Electoral Commission, and the institutions of defense and order keep failing to act non-partisan during the election process. It is utterly understandable that the Angolan people will accept the world’s solidarity and support to defend its constitutional rights.
Indeed, Angolans should not feel embarrassed if other nations are willing to help us build proper democratic values to guarantee social and economic development for all citizens. If anyone or any group should feel ashamed, it is those that tirelessly work to impede democracy and act unlawfully to impose their own will above the people’s.
Most importantly, Angolans should welcome any humanitarian approach, such as the senate resolution in the United States calling to hold Angolan officials accountable for any attempts to subvert the electoral process and calling the United States Government to stand with the people of Angola and support their aspirations for a free, democratic election.
CategoryFriends of Angola
Tags#Angola, #Friends of Angola, #Helping Angola During a Difficult Electoral Process