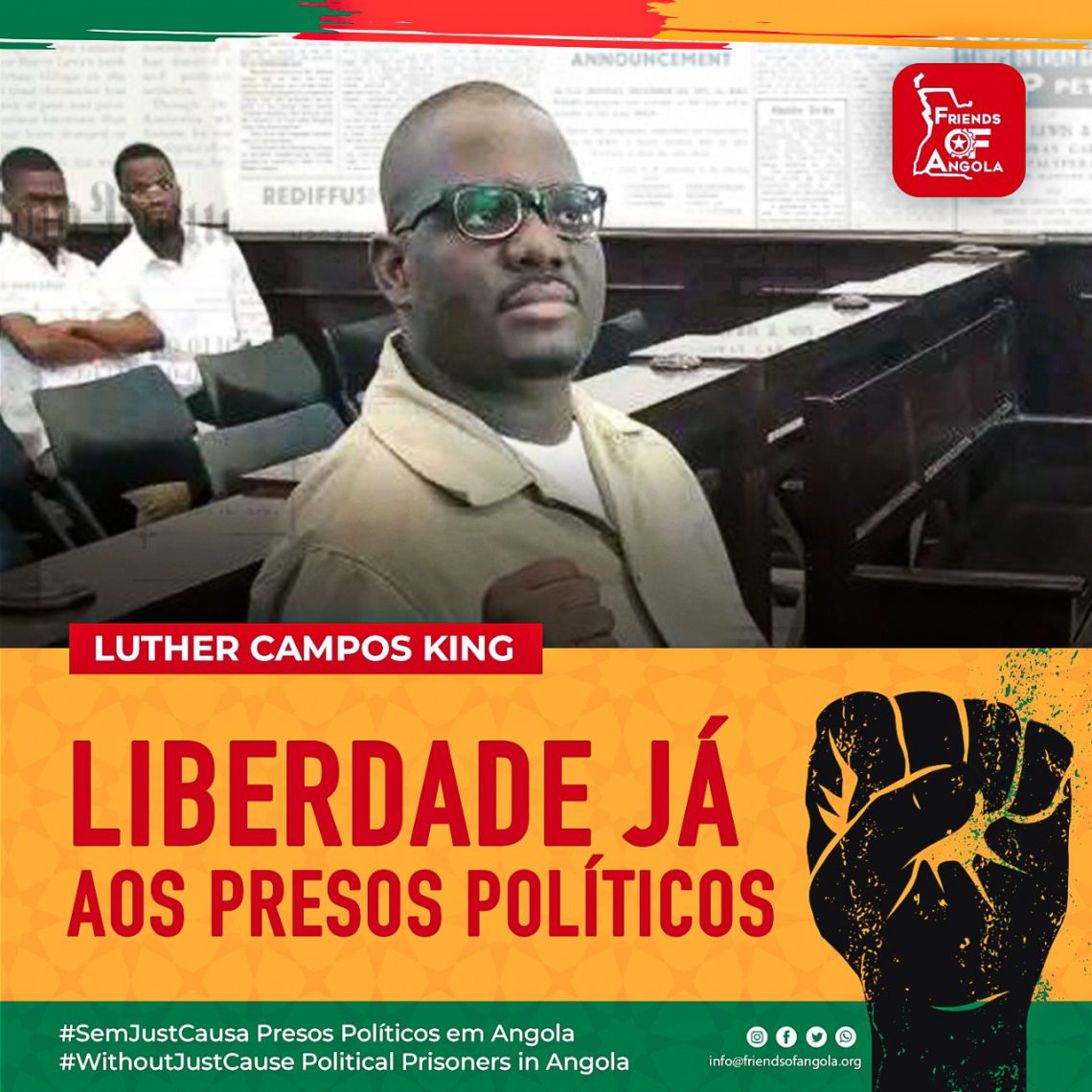 RE:  Immediate release of all political prisoners in Angola

As we commemorate the legacy of Dr. Martin Luther King, Jr. today, January 16, 2023, I would like to start this letter by quoting Dr. King; “Injustice anywhere is a threat to justice everywhere.”

We are happy to learn about the launch of the “Without Just Cause Political Prisoners Initiative” by the US Department of State on January 11, 2023. The statement reads, “the United States calls for the immediate release of all political prisoners and invites all who believe in the universality of human rights and fundamental freedoms to support this initiative.”

In light of this, the government of Angola, a US “strategic partner,” has in recent months detained several political prisoners for exercising their political rights, subsequently handing down unfair sentences by courts that lack oversight and independence in closed and phony trials.   Tanaice Neutro, Luther Campos, José Julino Kalupeteka, José Mateus Zecamutchima are pastors, community organizers, and peaceful protestors detained unfairly and without a court warrant just for exercising their basic human rights.

This is not the first of its kind. There is enough legal evidence to prove the Angolan government engaging in decades-long abuse of power and the legal system to target critics and peaceful protesters to stifle political participation and dissent while creating a climate of fear in Angola.

As stated in the Department of State #WithoutJustCause Political Prisoners Initiative, “the Universal Declaration of Human Rights makes clear every person worldwide is entitled to respect for their human rights, including freedom of opinion and expression, peaceful assembly, and association.”  As a matter of universal truth and in the spirit of Dr King’s legacy, Angolans deserve to exercise their constitutional and basic human rights without fear of being unlawfully detained or their lives being threatened by their government.