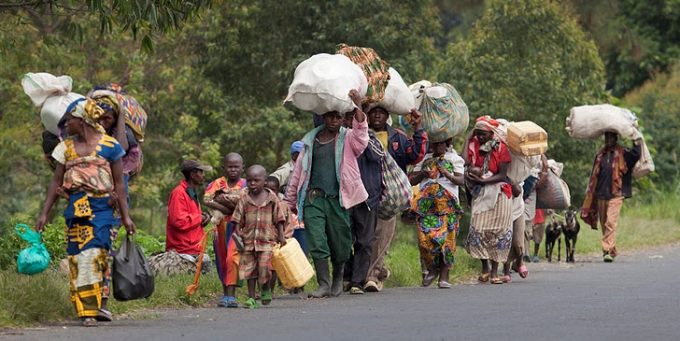 By THE ASSOCIATED PRESS
Angola has expelled more than 8,000 Congolese who entered the southern African country while fleeing deadly violence at home, the United Nations says in a new report.

The humanitarian report says more than 30,000 Congolese have fled to Angola during months of violence in Congo’s central Kasai regions that began in August.

Catholic officials in Congo have estimated that more than 3,300 people have been killed in the unrest. On Friday, the U.N. Human Rights Council voted to send experts to the region to investigate alleged abuses that include beheadings.

More than one million Congolese have been displaced inside the country by the fighting blamed on militias and government forces, the U.N. says.

The report says militias have used an estimated 500 girls and boys as fighters or “human shields.”

Aid access to the region has been limited by the violence, the U.N. said.

On Saturday, Italian Foreign Minister Angelino Alfano said Italy is contributing 300,000 euros ($335,000) for U.N. refugee agency efforts to “respond to the dramatic humanitarian emergency” in the Kasai regions to help Congolese refugees in Angola, the foreign ministry said in a statement.

The U.N. says the overall emergency aid appeal of $64 million for the Kasai crisis “remains poorly funded.” The U.N. refugee agency has requested $6 million to help the Congolese in Angola.