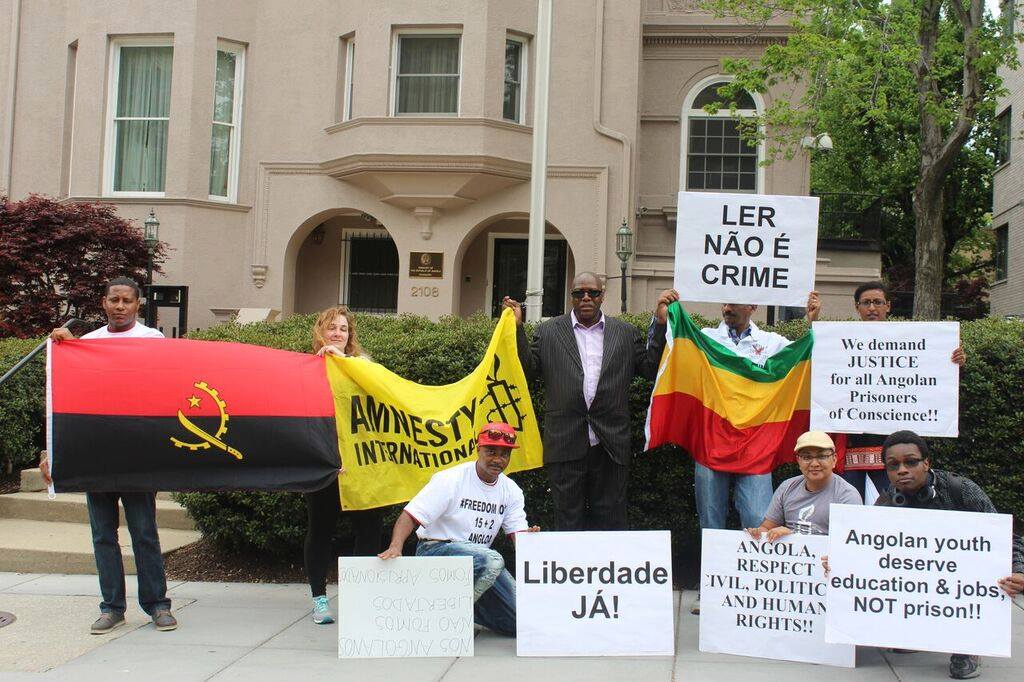 Attacks by the authorities on protesters, critics, NGOs and the media in Angola, Kenya and Tanzania have led global civil alliance, CIVICUS, to add the nations to its Watch List of countries where there are serious and ongoing threats to civic space.

The updated Watch List, which is regularly reviewed in response to current events, was released today.

“The Watch List draws attention to countries where we have some serious concerns about attacks on citizens’ most basic freedoms,” said Cathal Gilbert from CIVICUS. “Governments of countries on this list should take drastic and immediate steps to either halt or prevent these attacks and the international community must act in defense of civil society in those countries.”

Two of the new countries on the list, Angola and Kenya, both hold elections next month as pressure on civil society increases. Ahead of its elections on 23rd August, Angola’s authorities have used force against peaceful protestors and increased pressure on the media. In Kenya, politicians and the security forces have ratcheted up threats against human rights defenders, sought to impose unfair restrictions on the work of NGOs and undermined media freedoms.

Tanzania has also been added to the Watch List because of a spate of recent attacks against the media, civil society and the LGBTI community in particular. The assault on basic freedoms has been driven from the very top, with Tanzanian Prime Minister John Magufuli recently warned the country’s media to “be careful”.

Having experienced serious restrictions of fundamental freedoms for some months now, Turkey and Venezuela both remain on our Watch List. Turkish authorities continue to target anyone believed to be opposed to the government of Recep Tayyip Erdoğan, most recently arresting several human rights activists, including Amnesty International’s Turkey representative. In Venezuela, space for independent expression and dissent also remains under extreme pressure, as an unending wave of protests continues to rock the country.

CIVICUS will closely track developments in these countries in the coming weeks through its advocacy and regular reports on the CIVICUS Monitor, an online platform that tracks threats to civil society across the globe.

The following is a brief summary of ongoing civic space concerns in each country:

Angola: In the run up to planned elections on 23rd August 2017, authorities in Angola have tightened their grip on civil society by increasing restrictions on freedom of expression and peaceful assembly. In the first half of 2017, the CIVICUS Monitor documented the violent repression of protest rights, describing a situation where protest organisers were arbitrarily detained and mobilisations were frequently disrupted by Angolan authorities. Angolan security forces are also reported to have used lethal force against peaceful protesters. In the run up to the elections, a concerted clampdown on independent journalism has marred independent coverage of key political issues. The recent indictment of journalist, Rafael Marques de Morais, coupled with the suspension of two Portuguese language channels, SIC Notícias and SIC Internacional África, epitomises the closing space for dissent. In all cases, journalists and media outlets were targeted for criticising Angolan authorities.

Kenya: As political tensions escalate ahead of elections on 8th August 2017, Kenyan media workers and civil society groups have reported a deepening assault on independent dissent. As Kenyans prepare to take to the polls, activists, bloggers and journalists reporting on issues such as corruption, land-rights and counter-terrorism have faced an increasing backlash of intimidation and harassment. Authorities have also taken steps to financially enfeeble privately owned media outlets. Over the course of 2017, the CIVICUS Monitor has documented the Kenyan authorities’ campaign against critical civil society groups through unjustified restrictions on associational freedoms. Human rights defenders working on environmental issues have also been subjected to death threats, forcing several to go into hiding for fear of violence. Finally, government officials have allegedly warned of reprisals against protest organisers who refuse to accept the outcome of August’s election.

Tanzania: High-level threats from government officials against media outlets in Tanzania have led to a pervasive culture of self-censorship among journalists. With sedition laws used to arrest individuals dissenting on social media, Tanzanian authorities have taken steps to persecute and eradicate criticism from the media. The unwarranted arrest and later release of two journalists for investigating a quarry mine in Arumeru District illustrates the toxic climate of fear within the media. In June, the information minister banned a daily newspaper for two years because of an article on corruption in the mining sector that mentioned two former presidents. LGBTI activists and organisations have also been regularly vilified and threatened by senior members of the Tanzanian government, as police commit grave human rights violations against LGBTI people.

Turkey: Continuing an aggressive assault on dissent following a failed coup in July 2016, Turkish authorities have orchestrated an unprecedented crackdown against critics in 2017. Emboldened under auspices of constitutional amendments, the Turkish authorities’ post-coup purges have led to the mass deregistration of CSOs, the arrest of 115,827 individuals and the closure of numerous news outlets. The prolonged use of emergency legislation has also enabled the intermittent blockage of websites and restrictions on messaging platforms. As reported in the CIVICUS Monitor, the frequent use of water cannons, tear gas and rubber bullets has seriously curtailed the right to peaceful assembly across Turkey. Most recently, after denying permission for an annual gay pride rally in Istanbul, Turkish authorities used excessive force to break-up a small gathering by the LGBTI community in Taksim square. Similarly, the latest arrest of several HRDs, including Amnesty International’s Turkey representative has provoked international condemnation.

Venezuela: As political and economic turmoil continues to engulf Venezuela, the country has witnessed rapid decline in respect for civic freedoms. As covered in the CIVICUS Monitor, the flagrant use of excessive and lethal force against protesters perpetrated by authorities has left scores injured and several dead. Despite mass arrests becoming a frequent feature of protests, an unending wave of protests has rocked Venezuela in recent months; forcing authorities to ratchet up their already violent tactics to quell mobilisations. Attacks on freedom of expression continue to impede independent reporting. Journalists face serious danger when covering protests and are frequently prevented from covering assemblies by authorities. Investigative journalists have also faced unnecessary harassment by authorities, especially when reporting on corruption within government. The recent banning of at least seven local radio stations and CNN Español is illustrative of a worsening situation where critical media outlets are increasingly repressed.