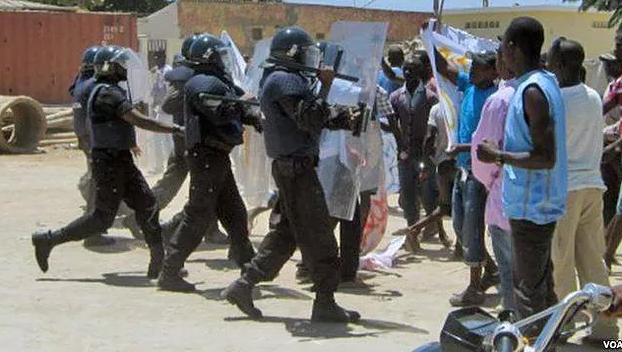 Angola is a country in Southern Africa which borders the South Atlantic Ocean and is between Namibia and the Democratic Republic of the Congo. Despite its massive oil reserves, the country scores low on the human development index – an index that measures the quality of life in a country. Angola suffered from a civil war lasting 27 years, which ended in 2002. In recent years, the country has adopted a republic-based government which is led by President Dos Santos.

Human rights in Angola suffered during 2016 due to government repression and the largest economic crisis since the civil war ended. The drop in oil prices was a primary factor in the crisis, which slowed growth for a decade, alongside exposing government corruption that had been present for years. Here are a few of the most prevalent human rights issues needing attention in Angora.

Human rights in Angola continue to suffer due to the government’s control of the media. The Popular Movement for the Liberation of Angola (MPLA) is the ruling party in Angola, and the state run-media has proved itself to be highly biased toward portraying this party in a favorable way.

In 2016, a state television channel named TPA attempted to cover a story on civil society groups and opposition parties. However, government intervention switched the new tone of TPA back to a pro-MPLA bias. Blogs, social media and privately owned websites continue to be the central space for any ideas which oppose those of the ruling party.

Human rights in Angola continue to be held back due to an inadequate justice system. Often there are politically-influenced trials, new national security laws and slander charges which suppress human rights defenders in Angola. The Constitution of Angola states that these actions are illegal; however, due to the corruption of the MPLA, many fighting for human rights in Angola often become imprisoned.

Human rights in Angola remain unimproved, in part because of abuses by the nation’s security forces. Use of excessive force is commonplace for citizens who oppose the government. On top of this, the corrupt justice system makes bringing these security forces to trial nearly impossible.

In April of 2016, police in the Huíla Province fired at a student demonstration taking place at Caluquembe. Due to the actions of these officers, three people were wounded and many others threatened with further violence. The police initially denied these actions, but when later pushed to confess, they still did not get charged with any crimes.