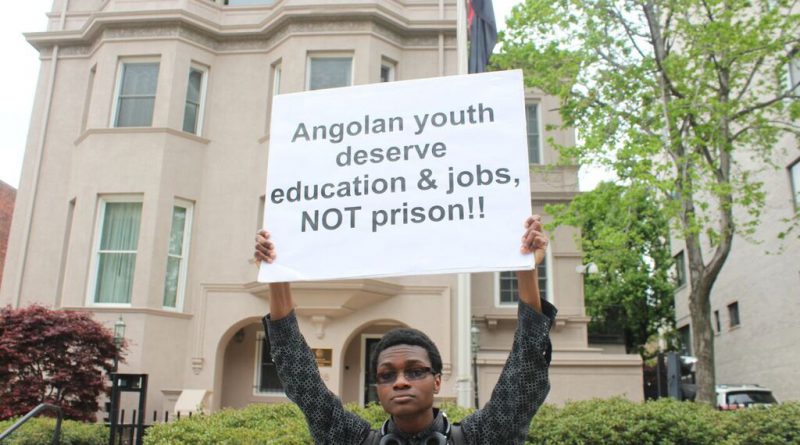 High school students; Afonso S. Muatchipuculo (22), António J. Fernando (18) and Justino H. Valente (21) were sentenced to seven months in prison by the Malange Provincial Court in Angola on 9 April after an unfair trial. The three were arrested on 4 April for allegedly throwing stones at the Vice-President’s convoy in Malange. However, they were not present at the scene of the protest when the stones were thrown.

António J. Fernando, a 9th grade student, and Justino H. Valente, a 12th grade student, had been selected by their school to greet the Vice-President on 4 April at the Malange City Pavilion. However, the two arrived late and could not enter the Pavilion, and therefore decided to leave.

Afonso S. Muatchipuculo, Antonio and Justino were arrested at the market, about 4km away from the Pavilion, while on their way home approximately an hour after the incident. The police chief claimed to have identified them as being among the protestors who threw stones at the Vice-President’s convoy by the colour of their shirts. The three students were not at the Pavilion at the time of the protest, but the police still used their shirts as evidence in court. They were tried and sentenced to seven months in prison on the same day on 9 April without a lawyer present. The prosecution did not produce any witnesses to provide testimony. The defendants were not given the opportunity to challenge the evidence presented against them, cross-examine the chief of police and even call witnesses. The three are currently serving prison sentences in a prison 50km away from Malange city making it difficult for their families to visit.

The trial and imprisonment of Afonso, Antonio and Justino was clearly unfair, unjust and in clear violation of domestic and international law.

Please write immediately in Portuguese or English or your own language:
ν Calling for the immediate and unconditional release of Afonso, Antonio and Justino;
ν Calling on the authorities to respect the rights to freedom of expression, association and peaceful assembly.