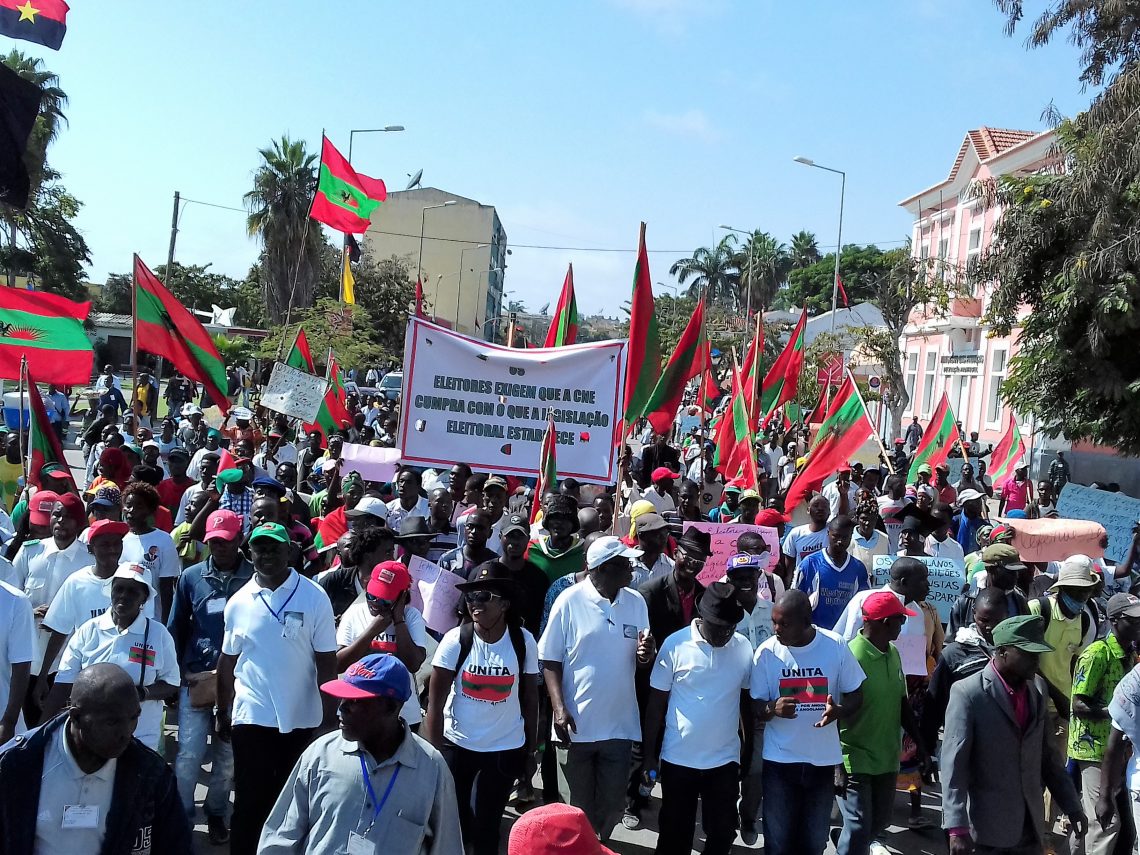 Luanda – At least 4 000 Angolans marched through Luanda on Saturday to demand a fair election in August when President Jose Eduardo dos Santos is due to step down after 38 years in power.

Protests are rarely allowed in Angola but Saturday’s event, which was organised by the Unita opposition party, was authorised by the police.

Dos Santos has ruled Angola since 1979, and his MPLA party is set to retain control at the election.

“This protest is to denounce the vicious system of fraud perpetuated in recruiting the same companies that participated in manipulating elections of 2008 and 2012,” Unita leader Isaias Samakuva told the crowd.

Protesters, who were closely monitored by a heavy police presence, chanted slogans against dos Santos and against the two companies that have been contracted to count the votes.

“We want transparency, and free and fair elections,” Unita member Mihaela Webba told AFP during the march, which passed off peacefully.

Dos Santos’s rule has seen the end of civil war and an investment boom in the oil-rich country.

But he has been criticised as secretive and corrupt, with authorities crushing dissent and Angola’s citizens suffering dire poverty as his family became hugely wealthy.

Defence Minister Joao Lourenco has emerged as the president’s chosen successor at the August 23 vote.
In April, seven opposition activists were jailed for “rebellion” after attending an unauthorised protest calling for election transparency.