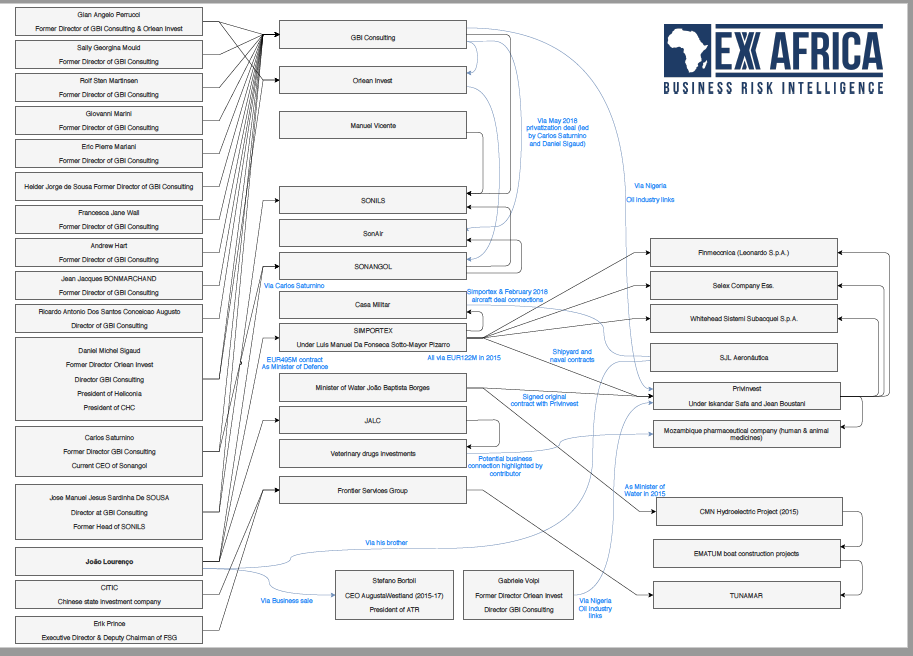 EXX Africa (www.EXXAfrica.com) published a special report on the risk of spill-over of the Mozambique debts scandal into Angola.

On 25 January, Mozambique’s Parliament requested that the country’s former finance minister Manuel Chang be held in preventative custody while he awaits extradition to the United States following his recent arrest in neighbouring South Africa.

While the Mozambique debt scandal reaches its highly publicised finale, there are growing indications of involvement by senior Angolan political leaders in the scandal that have so far not been fully uncovered.

EXX Africa has conducted a source investigation to explore the role of the Angolan political elite in the Mozambique debt scandal and the potential existence of further undisclosed debt issuance.

In particular, there are a number of red-flags around Privinvest’s deals in Angola that have come up over the course of our investigation, some of which signal reputational risks for Angolan President João Lourenço.

Angola’s relations with the IMF and the prospect of an economic recovery in 2019 face new challenges as investors are exposed to emerging reputational risks as the Mozambique debt scandal spills over.

About:
EXX Africa (www.EXXAfrica.com) is a specialist intelligence company that delivers accurate, decision-ready, and commercially relevant forecasts on African political and economic risk to businesses. We embrace the continent’s fast changing dynamics and serve our wide-ranging client base to mitigate their risk exposure to Africa’s fast-changing political and economic developments.