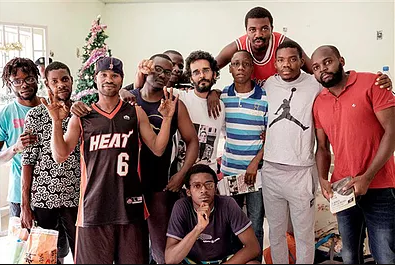 The Friends of Angola is pleased, hereby, with peaceful methods employed by all civil activists (particularly the 15+2, José Marcos Mavungo and Arão Bula Tempo) in their fierce and self-sacrificing battles to protect the dignity, moral and honor of the human person in Angola.

The Friends of Angola believes that civic participation of Angolan citizens in political and public life of the country must be respected, in accordance with our Constitution.

It is our belief that the activities of our activists should never be considered violations of the national Constitution, but as part of exercises aimed at improving civic culture in our society.

Today, without a doubt, the 15+2, José Marcos Mavungo and Arão Bula Tempo have become civic voices whose work has a lot of merit to the improvement of representative democracy in Angola.

Wishes for a happy festive season to all Angolans.

On behalf of the entire team of Friends of Angola,